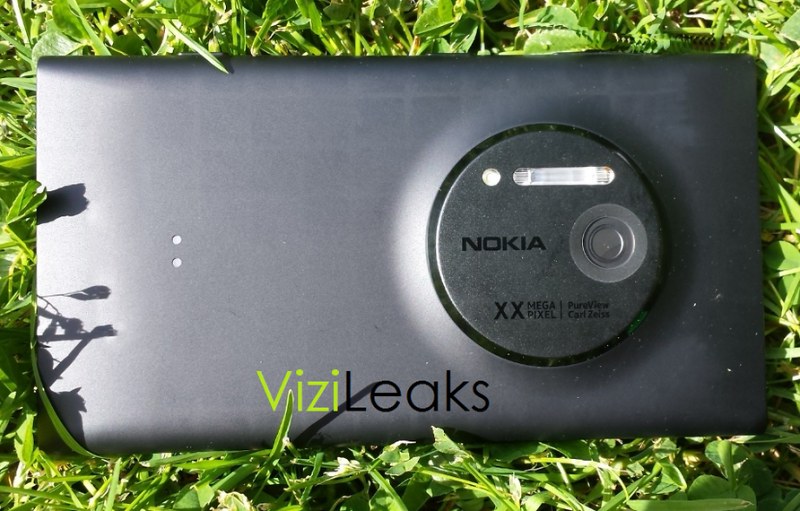 New images of Nokia’s upcoming 41-megapixel Lumia smartphone have been published by several sources. Earlier leaks had confirmed that the handset, codenamed EOS, would be equipped with a polycarbonate body and a 4.5-inch display. Now, both GSMArena and an anonymous Twitter user known as ViziLeaks have posted images of what are said to be of the upcoming Lumia EOS smartphone.

The new images are similar to the older ones, revealing a polycarbonate body, large display, compatibility with wireless charging cases and a large bump on the back for the camera. Earlier reports claimed the device would be equipped with a 41-megapixel PureView camera with a Carl Zeiss lens, although the megapixel size is not confirmed in the images and is only referred to as XX-megapixels.

One thing is clear, however — the camera will feature a better megapixel count than any popular phone currently available in the U.S. The latest rumors suggest the Lumia EOS will debut on AT&T in early July. Additional images follow below.