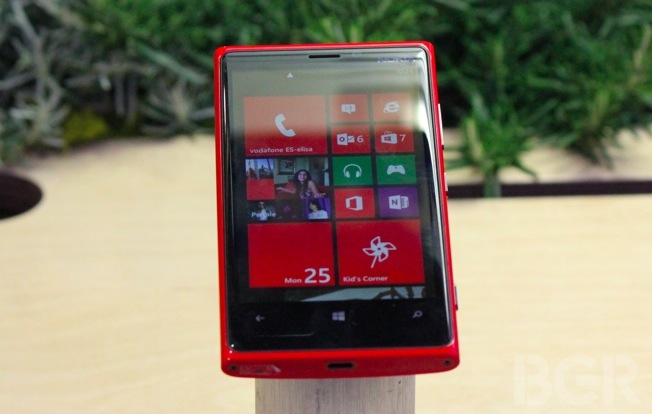 A month ago, Nokia was surfing a wave of enthusiasm in Asia. The cheap Windows Lumia 620 and Lumia 520 models both debuted in the top 5 of India’s biggest web retailer, Flipkart. Just four weeks later the situation has changed dramatically. Nokia has just one Lumia left in the top 10 chart of Flipkart and both the 620 and the 520 have crashed out of top 10. One major problem: The low-end Android vendors are now offering truly nutty value for money. Nokia’s Lumia 620 is supposed to be an attractively priced budget model at 14,000 rupees ($260) without carrier subsidies, or about half the price of high-end Samsung smartphones. The Lumia 520 is supposed to be deep value at 10,000 rupees ($186).

But the Micromax Ninja A89 now features a 4-inch screen and 1 GHz dual-core processor and sells for just 6,500 rupees ($121). Under pressure from Micromax and Karbonn, Samsung has dropped the price of its Galaxy S Advance to 14,000 rupees ($260), and this gets you a 4-inch Super AMOLED screen and a 5 megapixel primary camera. Nokia simply has not been able to keep pace with the price aggression of Asian Android vendors this spring.

The problem is not limited to Lumia models because Nokia’s Asha range of premium feature phones is clearly caught in a similar vise. The relatively fancy Asha 306 has plunged out of Flipkart top 50 over the past couple of months. It offers a 3-inch display and a 2 megapixel camera for under 4,000 rupees ($75), which was a decent deal last summer. But now there are real Android smartphones like the Karbonn A1 offering a 3.5 inch screen and a 3-megapixel camera for the same price.

Why would a budget buyer with 4,000 rupees opt for a Nokia budget phone if the alternative is an Android smartphone with a bigger screen and a camera with higher specs for the same price? The answer used to be quality. It is widely known that vendors like Karbonn and Micromax offer suspect photo quality and often sub-optimal software performance. But that argument seems to be losing its power as Android price points continue heading south.

The Lumia 720 is still the No. 1 phone at Flipkart. But in the budget category where Nokia has pinned its hopes for volume growth in 2013, both low-end Lumias and Asha models are withering under the brutal price offensive from Android specialists. Over the coming months, Nokia simply has to come up with a new strategy. Either introduce a cheaper new Lumia range or drop the prices of the 620 and the 520 rapidly and aggressively. The current formula is not working.