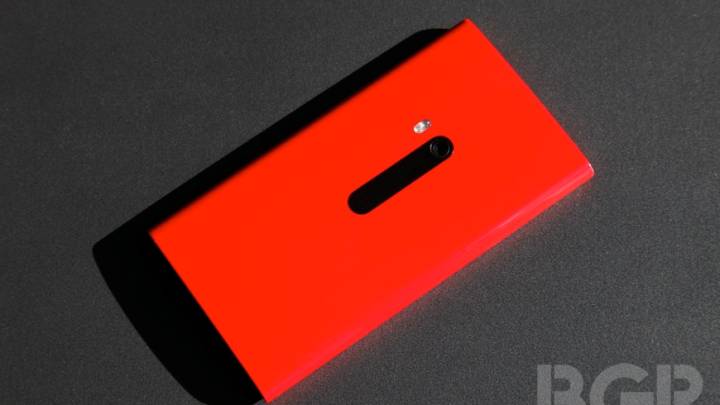 In the United States, Nokia’s (NOK) Lumia 920 is holding the top two positions on the Amazon (AMZN) chart of AT&T (T) phones sold with two-year plans. The blue and black versions of the 920 are at No.5 and No.6 among all cell phones sold with contracts. Interestingly, the third hottest AT&T phone, the Samsung (005930) Galaxy Note II, is at No.11 in Amazon’s universal chart. This would seem to hint that there is some space between sales volumes of the 920 and the Note II.

It is possibly a bad sign that the Lumia models have slipped so rapidly to No.5 and No.6 in the overall Amazon phone chart — they were in top-three just two days ago. The problem here is that there may have been pent-up demand for the 920 among a limited pool of Nokia and Windows fans. The next week is thus crucially important because it tells us where Amazon’s Lumia sales settle once the early rush is over. Losing to the Samsung Brightside already on November 19 is not great. Beating the Note II with two color variants is pretty nice, though.

On the Expansys UK chart, the white Lumia 920 is number one among all electronics items. Meaningfully, it is outselling the HTC’s (2498) Windows Phone 8X. This matters, because the 920 costs £150 more than the HTC model at Expansys and this is a geek-slanted web shop that has traditionally been favorable towards the HTC brand.

On Germany’s Expansys top-20, the Lumia 920 is at No.7, being beaten by half a dozen Android devices. On the Top-Vorbestellungen page, the black and yellow 920’s are the most pre-ordered phones, though, beating ATIV S. Two 920 color variants also lead the French Expansys pre-order chart.

The predictive power of Expansys is what it is — the site caters to technophiles and does not represent mass market perfectly. But it does show how euro nerd preferences shift between various brands. Back in early 2011, Expansys was a constant HTC triumph. On Expansys, you could see Samsung stealing HTC’s thunder in the run-up to the Christmas of 2011. Sure enough, the HTC sales warnings started in November 2011 and have not stopped yet.

One of leading UK retailers, Phones 4 U, just announced that its Samsung ATIV S pre-orders will ship on December 21, which is very late indeed. This Samsung misstep could well undermine the ATIV sales and hand the 920 an edge in December. On the Phones 4 U hottest contract phones page there is an iPhone, a cluster of Samsung devices and the Lumia 920. This would seem to support the notion that Nokia is succeeding in edging out LG and HTC in Europe.

On Orange UK’s page, the Lumia 800 is one of the Top Three models right after two iPhones – a rare sight. Vodafone UK also has the Lumia 800 on its main phone page, which is a possible sign of a slight thaw in the icy Vodafone-Nokia relationship. O2 UK also deigns to list the 820 among its High Fliers list. T-Mobile UK is pushing HTC and Samsung as its Hot Phones — no Lumia in sight. All in all, Nokia is making some progress with UK carriers, who effectively froze it out last summer.

Summary: the 920 had a hot start on Amazon USA, but shows some signs of slippage already. In Europe, the 920 seems to at least outclass HTC’s and Samsung’s rival Windows models. UK’s most powerful carriers appear to be moving Nokia back to their front pages after summer’s notable absence. At least they are giving the Lumias a fair shot.