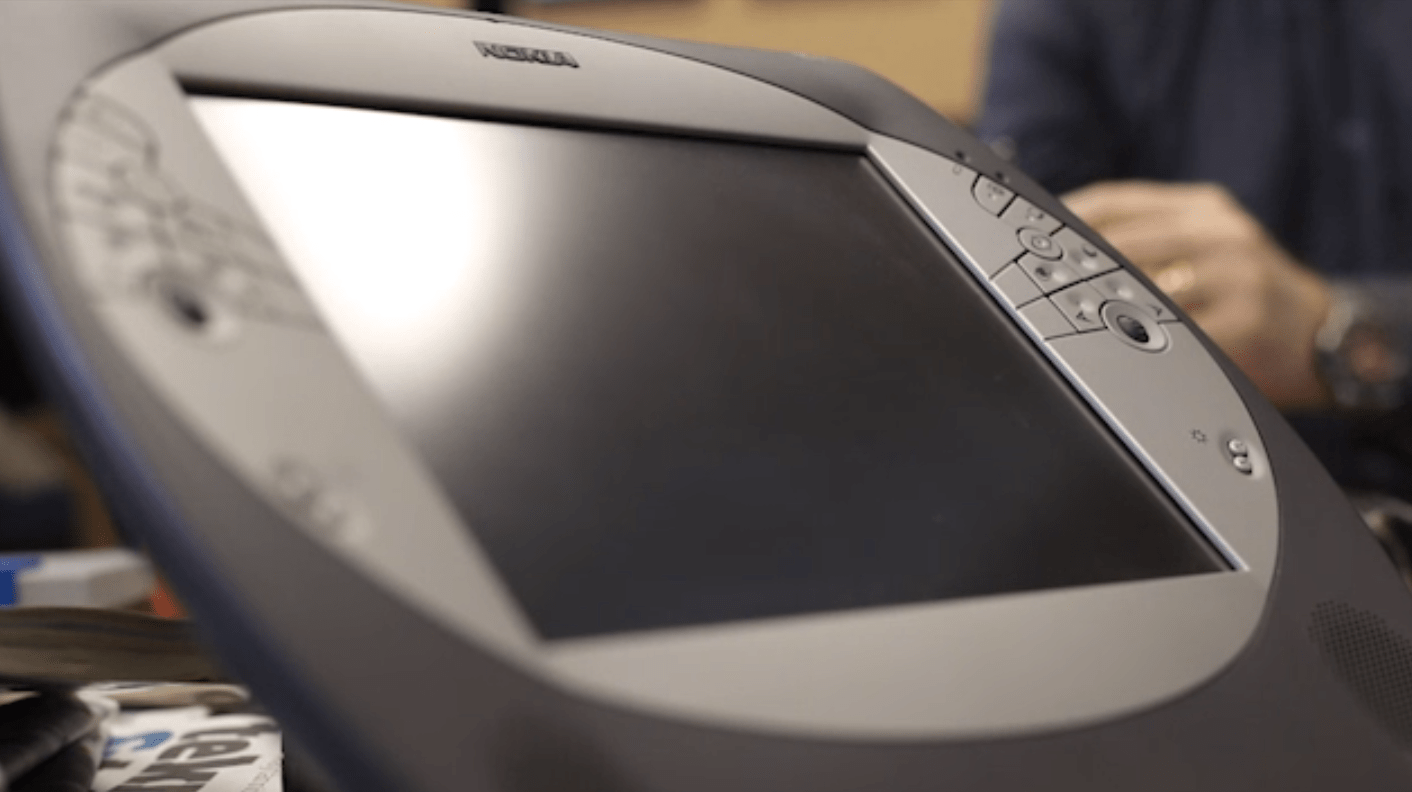 Would Nokia’s story have had a happier ending if the company had decided to pull the trigger on releasing its first-ever tablet computer back in 2001? That’s impossible to know, but Finland’s ISTV has scored a look at Nokia’s tablet-that-never-was in an exclusive interview with Esko Yliruusi, who worked as a data communications specialist at Nokia from 1996 through 2001 and who helped work on the device.

The tablet was certainly forward-thinking for its time, even though it looks nothing like the tablet form factors that Apple popularized starting in 2010. From a design perspective, the Nokia tablet is much bulkier than other tablets we’ve seen and even comes with a Surface-style kickstand to help you stand it up vertically. The display for the tablet is also rather primitive as it comes only in black and white and the device’s user interface relies more on buttons located on both sides of the display.

In a lot of ways, the Nokia tablet looks even bulkier and more awkward to hold than the original Microsoft Tablet PC that was announced back in 2001 and that never took off with consumers. So while Nokia’s tablet is certainly a unique historical artifact, it’s doubtful that releasing it would have saved Nokia from the decline it’s suffered over the past few years.