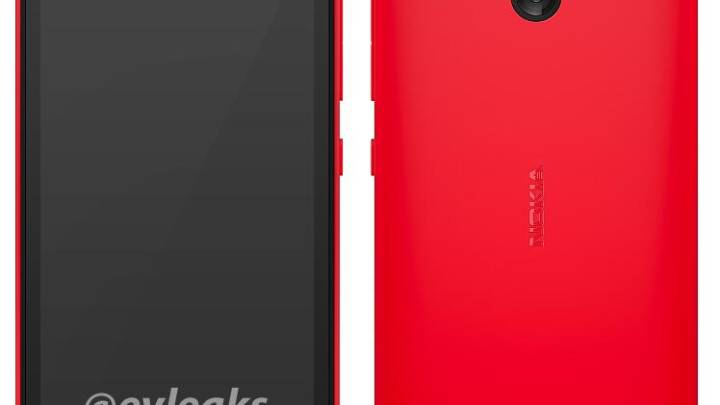 As was reaffirmed in a report on Tuesday night, Nokia has been prepping a low-end Android phone that is close to being ready for commercial release. The handset, code-named Normandy, is an entry-level device resembling some of the recent Asha budget phones that were successful enough to halt Nokia’s feature phone unit volume and average sales price erosion in the autumn quarter.

What The Verge did not report is that after Nokia’s handset unit sale to Microsoft was announced, there was buzz in Helsinki that Nokia had used a very specific form of leverage to force Microsoft to buy the entire handset unit, including the massive low-end feature phone operation that is not a natural fit with Microsoft’s smartphone ambitions. That leverage was proof that Nokia had an Android development program that was able to produce a competitive low-end device able to go toe to toe with Micromax, Karbonn and other dirt cheap Android brands.

Normandy may be the device that Nokia used to bludgeon Microsoft into buying both smartphone and feature phone operations.

Once Nokia had reached the decision to unload its smartphone unit, it was crucial for the company to also find a simultaneous buyer for the low-end feature phone unit. Only that way could Nokia start getting aggressive on pressing its patent claims on rival handset vendors. Exiting phone business completely meant Nokia no longer needed cross-licensing deals that dilute its IP revenue.

Since feature phones face the possibility of imminent sales collapse sometime in 2014 or 2015, finding a buyer for only the budget phone unit was always going to be extremely hard, if not impossible. That meant Microsoft was the only plausible buyer for the low-end handsets.

Normandy may have been a weapon. It may have been the strategic threat used to demonstrate to Microsoft that Nokia was on track to begin Android phone adoption if Microsoft would not play ball.

For Elop’s future ambitions within Microsoft, retaining the combination of Nokia’s smartphone and feature phone units was important. Now that Microsoft owns Nokia’s massive budget phone whale, the overall handset unit is going to be such a big part of Microsoft that Elop will gain a tremendous amount of power internally even if he does not become the CEO.

All eyes are now on Microsoft’s plans for the feature phone division. What is going to happen to the behemoth that is churning out 200 million budget handsets a year? Can Microsoft turn these devices into a conduit for Microsoft software?