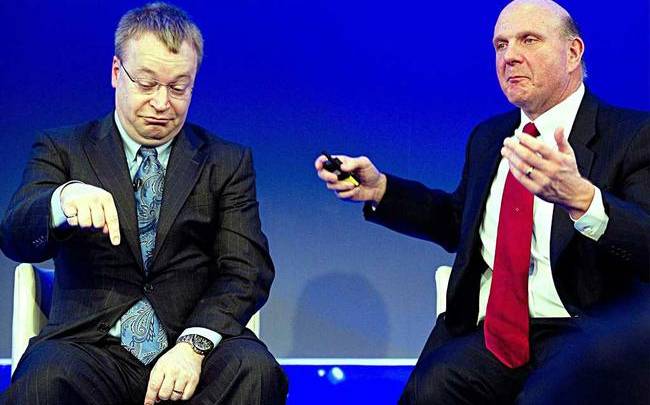 The latest Brandirectory survey on global brands is out and it’s got some grim news for Microsoft: The value of the handset brand it bought has continued plunging. Back in 2008, Nokia was one of the top 10 brands in the world. In 2014, Nokia no longer even makes the top 500 list of leading brands. In 2013, Nokia was No. 388 with estimated brand value of $3.2 billion. Over the past year, Apple’s brand value has soared by $17 billion, hitting $104 billion in 2014. Interestingly, Samsung’s brand value increased even more, climbing by $20 billion to hit $78 billion.

The top two leading smartphone and tablet brands are thus increasing their brand value at a feverish clip as their reputation and fame continues to grow. Smaller brands are scrambling for crumbs, with the once-mighty Sony brand now barely topping $12 billion. LG also stands at $12 billion, having lost the reputation battle with its cross-town rival Samsung quite thoroughly. Samsung’s brand value is now increasing by more than LG’s entire brand value in just one year.

Microsoft now faces the task of rebuilding the entire Nokia brand from scratch — or dumping it entirely in favor of the Lumia brand as soon as possible. Lumia itself faces a long road establishing global awareness, of course, so Microsoft has its work cut out.