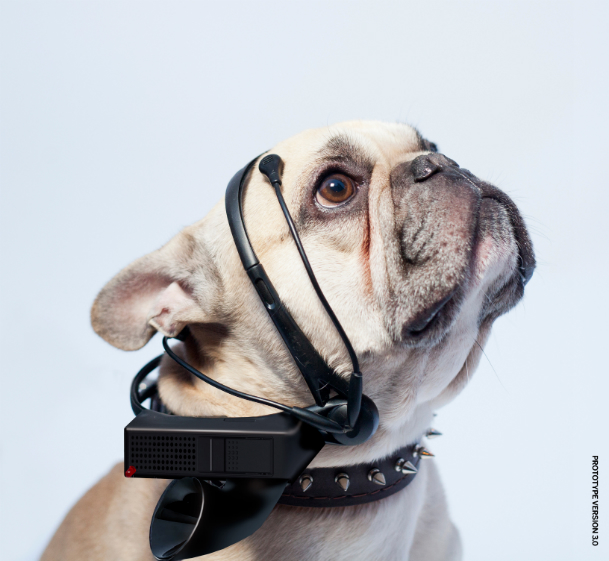 An Indiegogo project that aims to deliver the first gadget capable of translating a dog’s thoughts into the English language has reached its funding goal with 50 days left to go in the money-raising campaign, Fox News reports. The “No More Woof” (NMW) project developed by Scandinavian Nordic Society for Invention and Discovery (NSID) organization has surpassed its $10,000 funding goal by almost $5,000, and aims to deliver the first devices that will translate dogs’ thoughts into English and other languages at some point in April.

The gadget developed by the NSID looks largely like a pair of headphones, although it’s made of an electroencephalogram (EEG) element hooked up to a processing unit (a Raspberry PI computer) and a loudspeaker that helps the dog talk. Early on, the EEG unit will only detect a few thought patterns when placed on a dog’s head, including tiredness, hunger and curiosity.

So far, the company has two NMW devices that will ship to backers, including a $65 NMW Micro that understands two to three dog thought patterns and a $300 NMW Standard that can distinguish four or more thought patterns. The NMW-wearing dogs will speak English, although Mandarin, French and Spanish version will be available in the future.

The NMW Standard version will also support firmware upgrades in the future via microUSB as the NSID team conducts further research and adds support for new thought patterns.