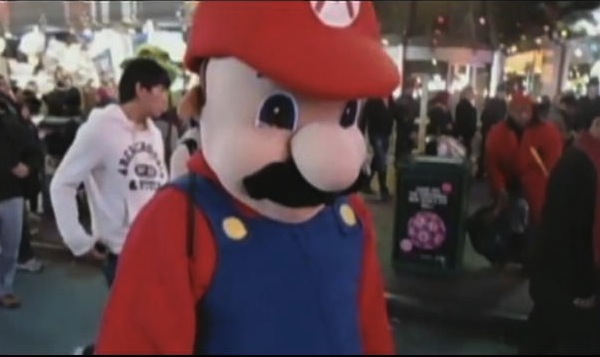 In just a week, the problems Nintendo’s (NTDOY) new home console is facing have cascaded into something sinister. The traditional post-New Year slump hit Nintendo’s home market in the week ending January 12 and exposed cruelly how weak the consumer interest in Wii U truly is. According to Famitsu, Wii U sales slumped from a pace of 70,000 per week to just 21,000. The ancient PlayStation 3 sold the exact same number of units, which is nothing short of a debacle for Nintendo. The hot portable console 3DS saw its sales slow down from 305,000 units to 106,000 units.  This means that Nintendo’s portable machine is now outselling the brand new home console by a 5-to-1 margin in Japan.

No matter how weak the Wii U sales are now, they are likely to get worse. The launch dates of key games seem to be slipping from March quarter to June quarter, including the important Pikmin, Wario and Wii Fit franchises. The Wii U now must depend on Rayman and Lego City in coming months.

This is a scary prospect, because it now seems that Sony (SNE) is planning to unveil the PlayStation 4 in May and Microsoft (MSFT) is expected to announce the Xbox 720 in June. Nintendo rushed its console out in late 2012 to get a running start before the big guns of the home console industry grab the consumer interest with their new machines. That gambit may now be about to backfire in a spectacular manner. As demand for Wii U is already fizzling in Japan and key games slip from the first quarter of 2013, Wii U faces a very hard January-March period. Sony and Microsoft are then inevitably going to start leaking information about their new consoles in April-May time frame in the run-up to their big unveilings in the second half of the spring quarter.

The clock is ticking for Wii U. If consumers start smelling the scent of the grave emanating from the console just when Sony and Microsoft roll out their new gear, Wii U could face a sudden rejection in the market place by early summer. Nintendo needs some big new titles to revive its home machine very soon.