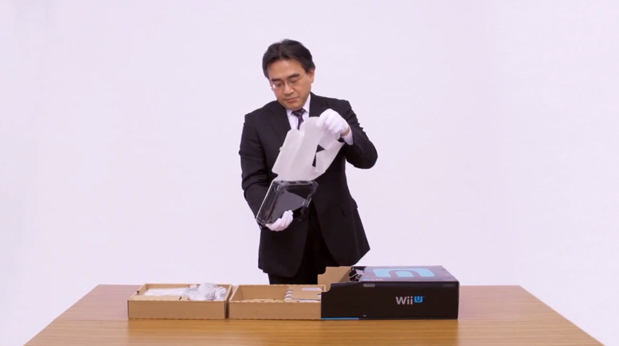 The Nintendo (NTDOY) Wii U doesn’t come out of for another 11 days in North America. To kickstart the new console hype, Nintendo president Satoru Iwata took to the company’s Nintendo Direct webcast to do an official unboxing video of the $349.99 Deluxe Set. Most of the console’s extras – GamePad charging cradle, console “legs,” 32GB of internal storage and a copy of Nintendo Land – have already been detailed, but the fact that Iwata does the entire thing with “Mario-style white gloves” makes the unboxing all the more special.

One particularly interesting bit unveiled in the unboxing is how large the Wii U’s power brick appears; it looks like Nintendo didn’t build the unit into the console once again.

Nintendo’s Wii U is the first console to feature a large 6.2-inch touchscreen built into its controller, NFC and built-in TV remote controls. The video game company expects to sell 5.5 million Wii U consoles and 24 million Wii U games by the second quarter of 2013, and sold-out preorders for the Wii U are definitely a good start.