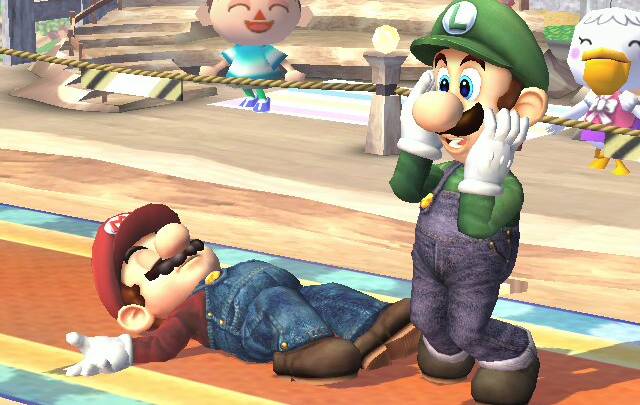 The end of November period brought just about the worst possible news for Nintendo: The latest Pokemon games sold a dazzling 1.5 million units in Japan during launch week.

It’s a massive number in a market where few titles manage to crack the 100,000 unit barrier during their debuts. The hot Pokemon rollout helped once again revive the aging 3DS portable console sales, boosting the weekly unit sales number to 83,000. This is more than seven times higher than weekly sales of Sony’s flagship PS4 console in Japan.

This toxic triumph was precisely what Nintendo did not need. The company requires shock therapy to force its hidebound executives to abandon their preposterous opposition to launching Nintendo’s beloved franchises on iPad. Instead, the ancient Nintendo properties from its ’80s and ’90s halcyon days keep performing well enough to enable the company to keep its head in the sand.

Nintendo is not crashing fast enough. The core device franchise, the 3DS, has now sold nearly 2.4 million units in Japan so far this year, which is substantially below the 4 million units it sold in the same period last year. But the erosion is simply too slow to force the company to change its mind about getting into the mobile app market. The strong Pokemon sales numbers from its home market just gave the reactionary wing of Nintendo’s management a new argument to stay the course and keep hanging onto its slowly sinking game console platforms.

While Nintendo’s console sales slide, the mobile game market is about to hit $22 billion in 2014 and is poised to balloon to $30 billion in 2016. So many of the most famous and lucrative game franchises are sitting out the tablet and smartphone game explosion completely – Mario, Zelda, Metroid, Castlevania, Pokemon, etc.

Animal Crossing would be a perfect fit for the iPad and the monetization potential of its item collection system boggles the mind. Dr. Mario and other puzzle gems Nintendo has created could challenge the billion-dollar Candy Crush Saga empire so easily. F-Zero and Mario Kart are precisely the kind of rally games that fit the tablet format.

What could possibly be more delicious than Advance Wars for iPad? An insanely addictive, turn-based strategy game that begs for a connected, touchscreen-based device with a micro-payment system. Who amongst us would not pay $1.99 for new AW campaigns every damn month?

Nintendo is missing out on billions of dollars in totally new revenue with development costs that would be substantially below of what the Wii U requires. But with every passing quarter, Nintendo’s brand power becomes a little less valuable and relevant to younger consumers. Franchises like Castlevania and Metroid are already unknown to the new generation.

The sweet elixir of Pokemon 3DS profits are a slow venom dripping into Nintendo’s veins, numbing the mind of the company that needs to embrace change right now.