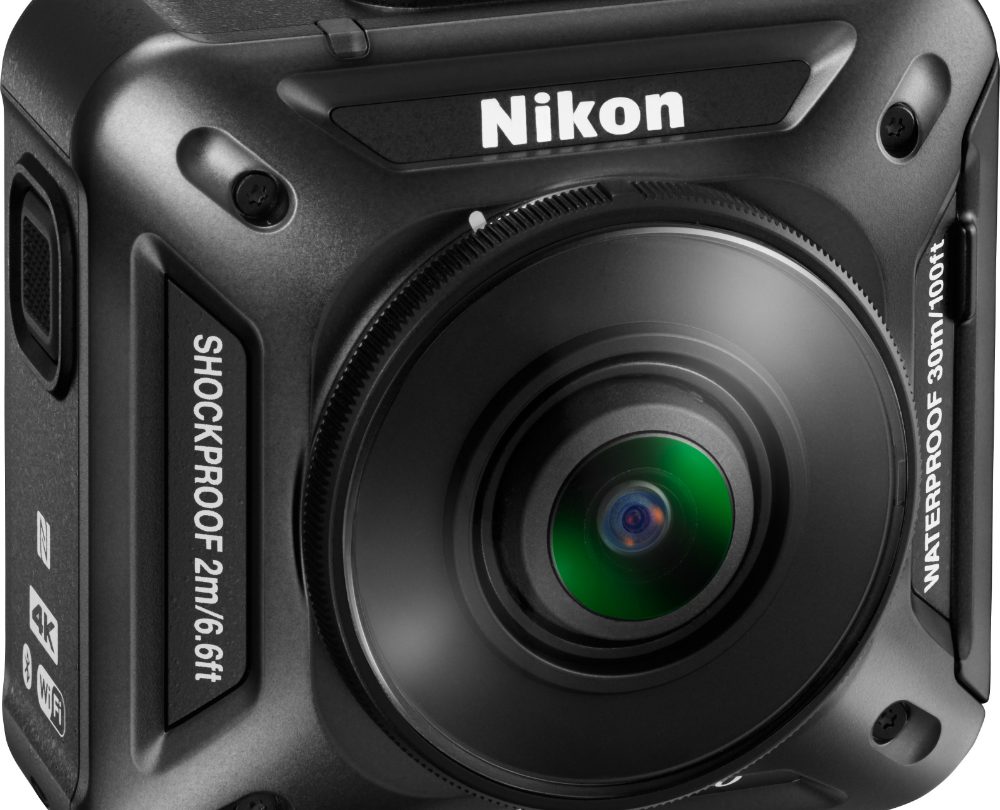 This year’s CES 2016 show is in full swing in Las Vegas, and while some of the products unveiled during yesterday’s media events weren’t that exciting – I’m looking at you, spectacular fridge with a huge touchscreen – other gadgets were definitely interesting. Such is the case with two new products in the photo and video department, coming from Nikon and Kodak.

Mind you, they’re not what you’d expect from either company, but they look impressive. Nikon thinks its ready to take on GoPro and everyone else churning out action cameras these days. Kodak, on the other hand, is going retro with a digital 8mm camera that can shoot video on – wait for it – actual film.

The Nikon KeyMission360, pictured above, is a tiny video camera that can shoot stunning 4K video in 360 degrees. That’s certainly something unique from action cameras, and all the more impressive for Nikon which had stayed away from this product category until now.

The KeyMission 360 has an odd name, but some interesting specs. The camera packs front-and-back lenses, which are probably a bit bulkier than your GoPro. The camera is shockproof (6.6 feet) and waterproof (100 feet).

Unfortunately, we have no idea when it’s coming out or how much it will cost.

Kodak’s Super 8 camera is labeled as a “next-generation film camera” on Kodak’s website. We’re looking at a product that will certainly get old-school photographers excited. The device gives you the ability to record videos on actual 8mm film that you can then view using a film projector.

Since this is 2016 and everything has a digital equivalent, the Super 8 camera also features an integrated microphone, 3.5-inch display and USB and SD connectivity.

Film cartridges will cost between $50 and $75 a pop, and the camera will be priced between $400 to $750, so plan your budget accordingly. Kodak says that when you’re buying the film, you’re also paying for processing and digital transfer. That means someone will develop your film, and provide you a digital copy of it so you’ll also be able to watch it on a computer, smartphone or any other device.