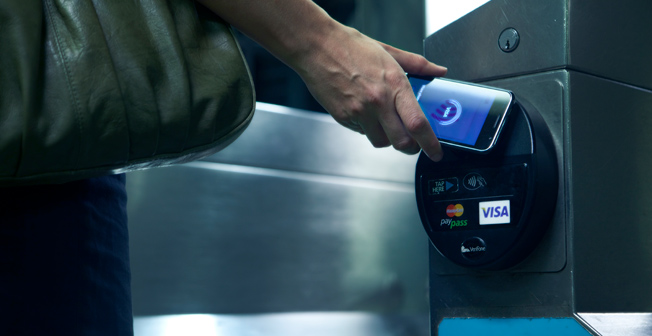 Near Field Communication (NFC) is one of those technologies that sounds revolutionary on paper, but in reality, is much more complicated than just slapping a chip inside of a smartphone. Apple’s (AAPL) decision to not include NFC in the iPhone 5 is grounded around the fact that “it’s not a solution to any current problem.” Meanwhile, companies such as Samsung (005930) and Nokia (NOK) have already embraced NFC and are marketing it as more than just a mobile wallet replacement. And although Apple’s reluctance has been called a “serious blow for the technology”, several analysts from different firms say consumers are warming up to the feature, albeit very slowly, according to ComputerWorld.

The immediate use for NFC is a mobile payment system, but several analysts and experts believe it’ll be NFC’s non-payment uses that will drive its growth; namely sharing data between devices, replacing security ID, time punch cards and QR codes. Other ideas such as using NFC-equipped phones to open door locks, starting up cars or pairing devices to audio speakers could also see NFC adoption speed up.

Why non-payment uses? Cost. Installing new NFC-enabled point-of-sale systems is expensive, especially for small businesses. One of the many reasons why Google Wallet hasn’t completely replaced our wallets is because there are few places that support using a phone to buy things.

While most analysts predict NFC will become more common over the next three to four years, especially if Apple ever decides to back it, Gartner analyst Avivah Litan says “it will take a decade before it’s mainstream across the globe.”