Various reports have recently claimed that Google’s upcoming new Nexus device will not be called the Nexus 6 as expected, but instead will get a unique Nexus X moniker. TKTechNews, one of the sources of previous leaks, has returned with more information about the Motorola Nexus X, listing several AnTuTu benchmark screenshots for the handset, which seem to reveal an important new detail about Android L.

FROM EARLIER: The Nexus 6’s actual name, price and launch details may have just been revealed

The screenshots mention several hardware details for the Nexus X that were rumored before, including a 2K display, 2.7GHz quad-core Qualcomm Snapdragon 805 processor, 3GB of RAM, 32GB of storage and 13-megapixel camera.

The images also identify the model as a Nexus X for Google, provide a 35,430 AnTuTu score for it, and list Android version as “5.0,” a detail Google is yet to confirm about Android L.

A different report, extracting information from various sources, revealed that the “L” could stand for Lemon Meringue Pie. 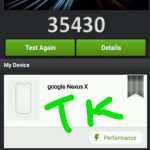 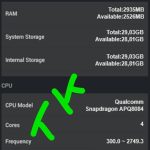 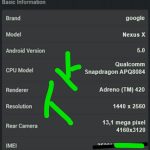