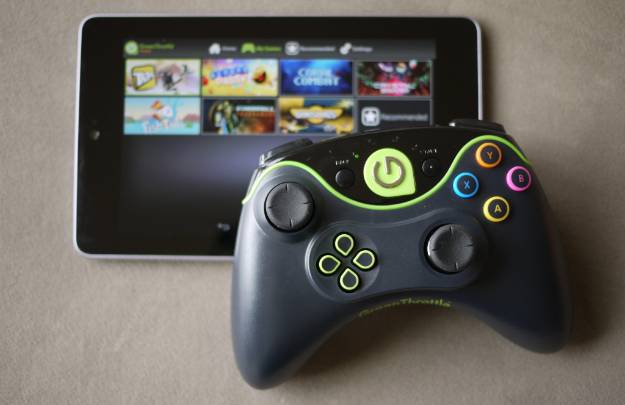 Google has apparently purchased parts of Green Throttle Games, a company briefly known for its Android-based Atlas gaming controller and accessories that could offer Android gameplay on the TV. The tech giant apparently plans to include gaming features in its upcoming set-top TV box, PandoDaily reveals. It’s not clear how much Google paid for the company, and strangely, only two of the company’s co-founders will be working for Google moving forward. But Google did confirm the deal.

According to sources “close to the situation,” the Green Throttle Games acquisition is “a clear signal that Google is looking at anchoring its set-top TV box – rumored at the end of last year to be coming in the first half of 2014 – around games.” The Green Throttle Games purchase is apparently directly related to the controller, although it’s not clear what a new Google set-top box would look like. The Atlas however was never a must-have, immensely popular device.

Google has been trying for a few years to get into the living room with its Android-based products, although the Nexus Q media player and Google TVs were not exactly popular with the crowds, with the former being quickly discontinued. Last year Google introduced the Chromecast dongle which brings additional content to the TV, but it’s not a set-top box of its own. Older reports have indicated that the company may be spinning Google TV into an Android TV product, although it’s not clear whether the Green Throttle Games purchase is in any way related to that. “Nexus TV” has also been used as a potential, and more interesting, name for the device.

Interestingly, the Atlas controller is still available for purchase, although it’s essentially a piece of useless hardware as the app that makes it work has been removed from the Google Play Store back in November, when the company announced it was closing. Android Police reports that the Google deal may have been inked all the way back in November, when two co-founders moved at Google. The other co-founder apparently has the rights of the Green Throttle business.