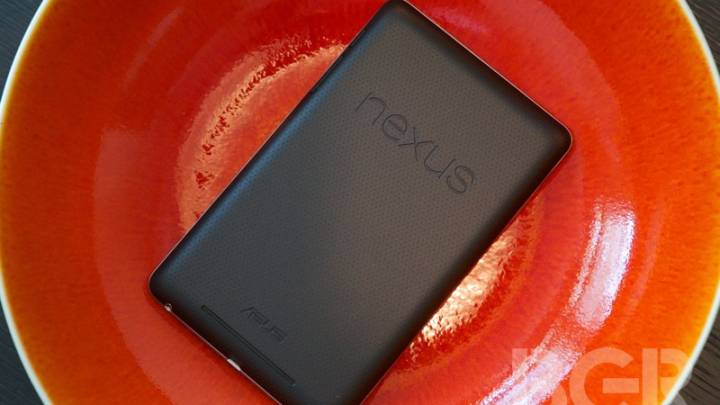 A new leak claims to reveal the specs for Google’s upcoming second-generation Nexus 7 tablet. According to Engadget, the slate will be equipped with a 7-inch display, a 1.5GHz quad-core processor, a 1.2-megapixel front-facing camera and 5-megapixel camera on the back. Earlier rumors had suggested that the display would include a 1980 x 1200 pixel resolution, and it is still unclear what processor model the next-generation Nexus 7 will include. Some reports had claimed it would feature a Snapdragon 600 chipset, while others said it would include a Snapdragon S4 Pro CPU. The latest leak also notes that the device will run Android 4.3 and will feature wireless charging capabilities and a “slim port” for 1080p output. The second-generation Nexus 7 is expected to be released later this month or in early August. The 16GB model is said to be priced at $229, while the 32GB will reportedly be offered for $269. The leaked image follows below.