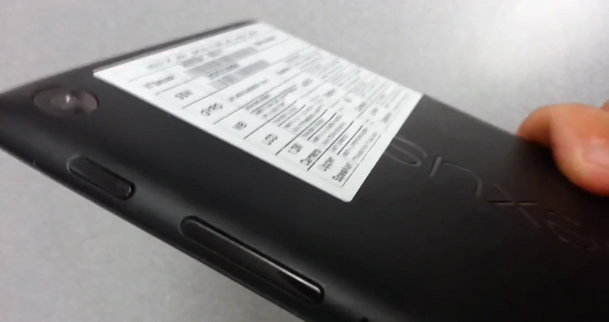 Google is hosting a press event on July 24th and while the company hasn’t given any indication of what plans to reveal next week, a recent leak suggests rumors of a refreshed Nexus 7 tablet are likely accurate. Android Central published a video of what it claims to be Google’s second-generation 7-inch slate alongside purported specs. The blog says Google’s next Nexus 7 features a Qualcomm Snapdragon S4 Pro processor, 4GB of RAM, a 5-megapixel rear camera, a 1.2-megapixel front-facing camera, up to 32GB of storage and Android 4.3 Jelly Bean, a new version of Android that is also expected to be announced next week. The specs are somewhat in line with earlier reports, though 4GB of RAM would be a surprise, especially on a low-end device. An earlier rumor suggested Google’s next-generation Nexus 7 tablet will start at $229 for the 16GB version, while the 32GB model will cost $269. The leaked video can be seen below.