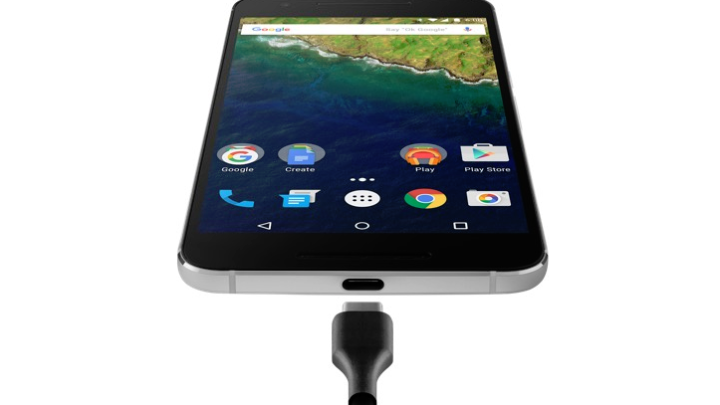 Why no wireless charging? Only 2GB of RAM, seriously? And what do the “X” and “P” really stand for? Google Nexus developers answered these questions and more during an Ask Me Anything session on Reddit Wednesday afternoon. We’ll recap some of the highlights below along with our own takes on Google’s responses where we feel the need to comment.

“We added Qi wireless charging starting with N4 because plugging in USB micro B was such a hassle! (Which way is up!?) With this year’s Nexii, we support USB Type-C which has a reversible connector so there’s no more guessing. AND it charges incredibly swiftly: 1% to 100% in 97 mins on the 6P for example (the first ~45 mins of charging is especially fast). Meanwhile, wireless charging adds z (thickness). So, ease of plugging in + fast charging + optimizing for thinness made us double down on Type-C instead of wireless!”

Our take: We’re not sure this entirely makes sense. Unless there’s something that prohibits USC Type-C ports and wireless charging tech from working well together, why not include both?

Why does the Nexus 5X only have 2GB of RAM?

“We like to think we’re striking a strong balance between premium features/experiences and affordability.”

Our take: This is completely fair. As the iPhone 6s has shown, you don’t need 4GB of RAM to have a first-rate phone as long as the hardware and software work well together. Given that the Nexus 5X will run on stock Android and without added bloatware, 2GB of RAM should more than suffice given the price point.

Why does the Nexus 5X base model only have 16GB of storage?

The idea here was to strike a balance between premium features/experiences and affordability.

Our take: We’ve bashed Apple for this and we’ll bash Google for it too. 16GB of storage these days just doesn’t offer a quality user experience, even with cloud storage and even though the Nexus 5X isn’t supposed to be a high-end device. 32GB should be the minimum storage offered on any flagship smartphone.

“X for the core of the Nexus brand (plus it sounds cool!), P for premium.”

What kind of display does the Nexus 6P have?

“It has a Samsung WQHD AMOLED panel. We have spent a lot of time tuning the white-point and color gamut for these panels – hope you will enjoy the accuracy of the display.”

What are the new devices’ best new features that we’re all going to love?

Sandeep Waraich: “Nexus Imprint. It is fast (it really is!) and highly accurate. You won’t even see the lockscreen anymore. And the location of the sensor is such that you will get right in your homescreen by the time phone is in front of you. Check out some hands-on videos around this.”

Dave Burke: “I think the ‘premiumness’ of both phones is my fav feature. Particularly loving the all-metal aluminium – I mean alum-in-um – and the diamond cut edges of the 6P :)

Our take: Camera quality has long been a gripe about Nexus devices so we’re really interested to see how much has improved this time.

Why partner with LG and Huawei to manufacture these devices?

5X: We wanted to bring the LG-Google band back together. So many N5 fans, we couldn’t possibly disappoint! 6P: Always nice to work with new players — we have a history of working with a bunch of folks: HTC, Motorola, Samsung, Asus and now Huawei!

Are the cameras on both phones the same?

Yes. Both devices have the same camera – a 12.3MP camera, with a large 1.55um pixels, which works great in all conditions – especially low light. And both have LDAF for fast auto-focus.

Our take: Note that the Nexus 5X doesn’t have optical image stabilization, however.

Fingerprint features are securely encrypted on the device, and processed in the secure Trustzone protected area of memory. The Android 6.0 fingerprint APIs do not provide any access to the fingerprint material to apps. Fingerprint features never leave the device and are not shared with Google (so for example if you setup a new phone, you need to re-enroll your fingers). If your phone is ever lost or stolen you can easily find, lock, and erase your phone using Android Device Manager.

To get the rest of Google’s answers to your burning Nexus 5X and Nexus 6P questions, check out the whole AMA here.