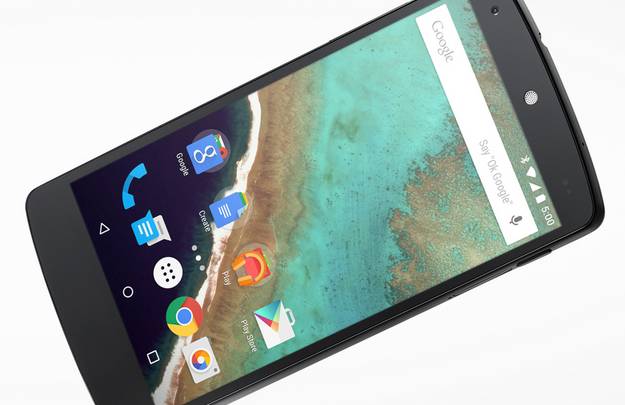 Google on Wednesday announced three new Nexus devices, including a first Nexus phablet, a tablet and a media player, alongside Android 5.0 Lollipop, but the company did not launch a smaller Nexus handset that some fans would have wanted. However, that doesn’t mean that a smaller Nexus version capable of running Lollipop won’t be available from the Google Play Store this year.

FROM EARLIER: Android 5.0 Lollipop is coming soon to the Nexus 5 and other Nexus devices

Instead of launching a smaller 5.2-inch Motorola-made Nexus 6 version as some reports suggested, Google decided not to discontinue the 2013 5-inch Nexus 5 smartphone, which will still be available for purchase from the Google Play Store this year, even though it’s currently listed as out of stock.

On its Nexus pages, the Nexus 5 is listed right alongside the Nexus 6, Nexus 9 and Nexus Player, and has its own special presentation page that features new marketing images showing the Nexus 5 running Lollipop. Just like the new Nexus devices, the Nexus 5 has a tagline of its own — “made for what matters.” Thus, it’s likely new Nexus 5 units purchased from Google henceforward will ship with Android 5.0 on board.

In addition to being significantly smaller than the 5.9-inch Motorola Nexus phablet, the Nexus 5 is also a lot cheaper, priced off-contract at $349 for the 16GB version, or $300 cheaper than the 32GB Nexus 6.