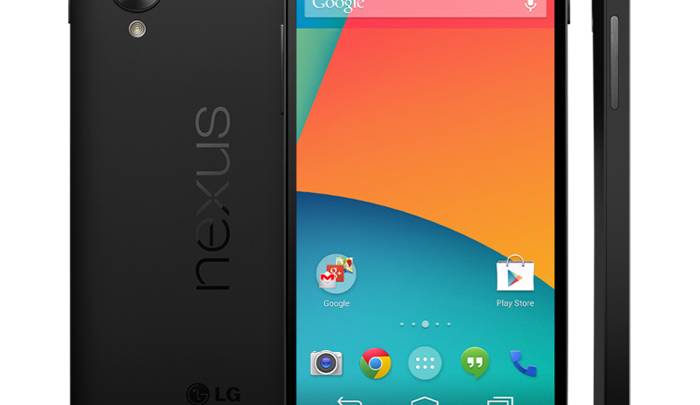 We’ve already seen leaked press shots of Google’s upcoming Nexus 5 and now we’re getting a look at the device in a more casual setting. PhoneArena has spotted a new leaked picture of the Nexus 5 shown fresh from being unboxed. The picture doesn’t tell us anything new except to once again show that the Nexus 5 looks like a very slick Android phone that’s a worthy successor to the Nexus 4  that Google released last year. Specs for the Nexus 5 will likely include a 4.95-inch full HD display with 445 pixels per inch, a quad-core 2.3GHz Snapdragon 800 processor, an 8-megapixel camera with optical image stabilization, 16GB or 32GB of storage, 2GB of RAM and Google’s new Android 4.4 KitKat operating system. The leaked picture of the unboxed Nexus 5 follows below.