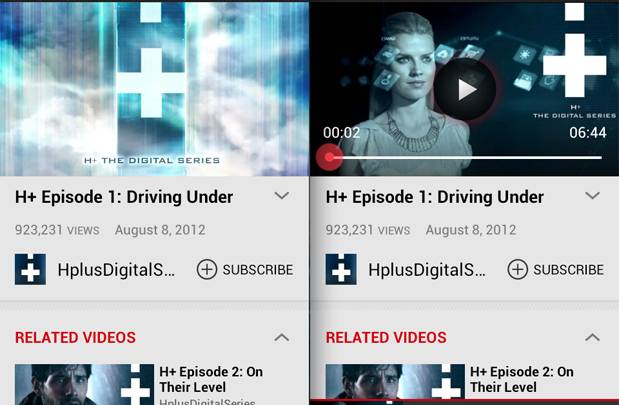 Google (GOOG) updated its YouTube app for Android on Tuesday to give its underwhelming Google TV devices a little love. The new YouTube app now lets you stream videos directly to any Google TV device with a single click and act as a remote to pause, scroll or skip to the next video with your smartphone or tablet. The new app also lets you peruse YouTube’s myriad of content from a mobile device (or several ones, if you like) while a video is playing on the TV. It’s another attempt at providing a “second screen” experience, much like Xbox SmartGlass is doing for the Xbox 360.