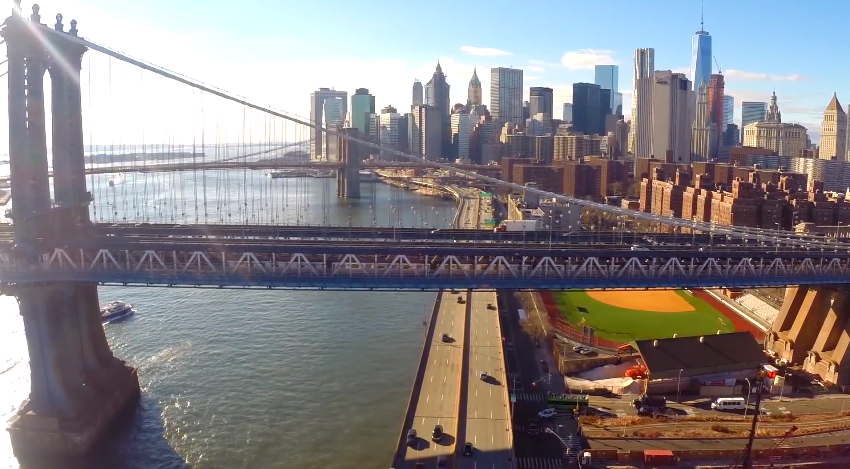 For years, we didn’t think any video tribute to New York City could match the one at the very beginning of the classic Woody Allen film Manhattan, in which beautiful black-and-white footage taken throughout the city rolls by accompanied by Gershwin’s Rhapsody in Blue. Now, however, a new video of New York City’s five boroughs that was filmed using aerial drones has caused us to reconsider our thinking.

Filmmaker Victor Chu of Sky Tech One Aerial Photography used a DJI Phantom 2 quadcopter drone equipped with a GoPro Hero 3+ Black Edition camera to remotely fly around the city and take stunning footage of Manhattan, the Bronx, Staten Island, Queens and Brooklyn. Along the way, you see iconic landmarks such as the Queensboro Bridge, the George Washington Bridge, the Staten Island Ferry, Yankee Stadium, FDR Four Freedoms Park and more.

The full video is just perfect for anyone who already loves or anyone who wants to fall in love with New York City, although we do wish the soundtrack had taken some cues from Woody Allen and had employed some Gershwin in the background.

At any rate, check out the full thing below, as well as the intro to Manhattan to decide for yourself which one is better.