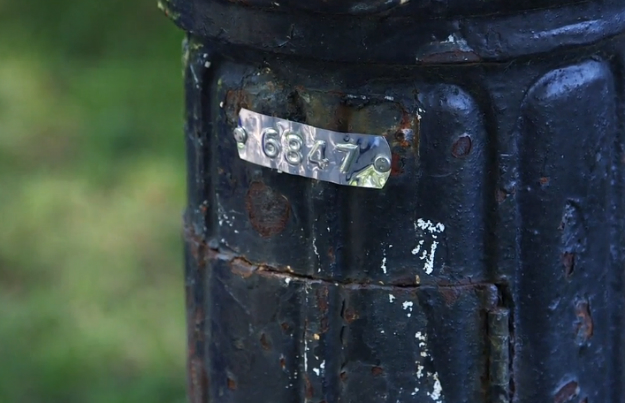 Did you ever get lost in New York’s gorgeous Central Park? If you did, then you have to know there’s an extremely simple trick to help you find your way without having to see a landmark building, figure out where North is, ask a stranger for directions or whip out your iPhone or Android smartphone to load Google Maps.

Regardless of whether you’re a New Yorker or a tourist, the following trick should help you instantly find your way out of Central Park and back into the massive city.

A new video that relates some of the history of the park also reveals that each lamppost in the park actually tells you your location. On each pole, you’ll find a series of numbers that tell you what street you’re on, and whether you’re closer to the West Side or East Side.

The first two numbers on the pole in the picture above will tell you the street number. The second numbers will indicate whether you’re closer to the West (odd) or East Side (even).