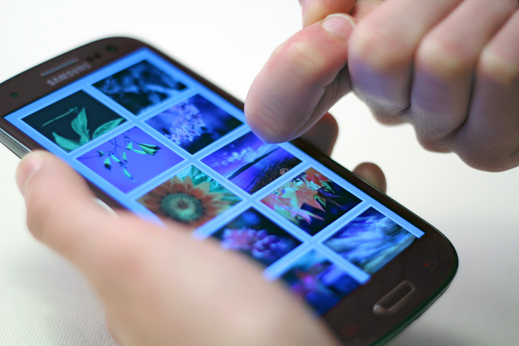 Touchscreens have come a long way since the old PalmPilot days. While today’s mobile devices have mostly perfected the capacitive touchscreen for finger use, touchscreens have reached a point where the only innovation appears to be in increasing screen size, adding higher resolution and boosting the pixel density. But what if your smartphone or tablet could recognize different types of taps from different parts of a finger such as from the a knuckle or from a fingernail and translate them into different commands? A company called Qeexo might just have the tech that will power your future mobile device.

Qeexo’s touchscreen technology is called FingerSense. According to TechNewsDaily and MIT Technology Review, FingerSense was born when Carnegie Mellon University grad students Chris Harrison and Julia Schwarz realized how complicated performing “right click” functions on an iPhone was. To boil it down: they didn’t like having to long press, double tap or triple tap to bring up secondary commands for features such as copy, paste and cut.

Using an acoustic sensor that can capture mechanical vibrations, the two modified a Samsung Galaxy S III and programmed software on the device to “hear” for different types of touches and taps. In a video demonstration, a user uses his knuckle to activate a contextual menu while a fingernail activates a different function. Additionally, the modified smartphone could also detect when a finger is trying to “smudge” a screen and can translate it to a blur effect in a drawing application.

The technology is impressive, but Qeexo admits it could be years before any company ever adopts FingerSense.