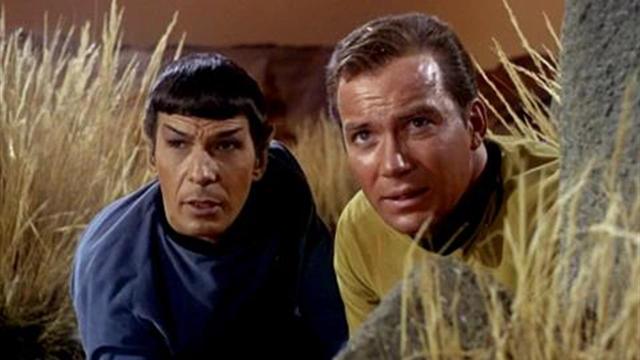 After the remarkable success of the film that rebooted the Star Trek series in 2009, the former cult classic franchise has become a hot commodity in Hollywood. Star Trek Into Darkness hit theaters in 2013, Star Trek Beyond is scheduled to debut next summer, and a fourth film is supposedly being prepped for 2019.

But on Monday, The Hollywood Reporter reported that Star Trek will be returning to TV sometime soon as well.

According to the report, producer Alex Kurtzman, who co-wrote both Star Trek (2009) and Into Darkness, has signed on to produce a new television series set in the Star Trek universe for CBS Television Studios. Kurtzman is currently on the lookout for a writer to head up the new series, which is currently set to “come together” in fall 2016.

The news has yet to be confirmed, but THR says a formal announcement should arrive before the end of the day. It’s also worth noting that 2016 marks the 50th anniversary of the debut of the original Star Trek series.

We’ll keep our eyes open for any further developments regarding the project.

UPDATE: We’ve now got on hands on the official announcement, courtesy of StarTrek.com:

CBS Television Studios announced today it will launch a totally new Star Trek television series in January 2017. The new series will blast off with a special preview broadcast on the CBS Television Network. The premiere episode and all subsequent first-run episodes will then be available exclusively in the United States on CBS All Access, the Network’s digital subscription video on demand and live streaming service.

“This new series will premiere to the national CBS audience, then boldly go where no first-run Star Trekseries has gone before – directly to its millions of fans through CBS All Access,” said Marc DeBevoise, Executive Vice President/General Manager – CBS Digital Media. “We’ve experienced terrific growth for CBS All Access, expanding the service across affiliates and devices in a very short time. We now have an incredible opportunity to accelerate this growth with the iconic Star Trek, and its devoted and passionate fan base, as our first original series.”

Yep — you’ll have to pay for CBS All Access in order to watch the new Star Trek series. We also learned that the series will not be tied directly to the film franchise, as it will “introduce new characters seeking imaginative new worlds and new civilizations, while exploring the dramatic contemporary themes that have been a signature of the franchise since its inception in 1966.”