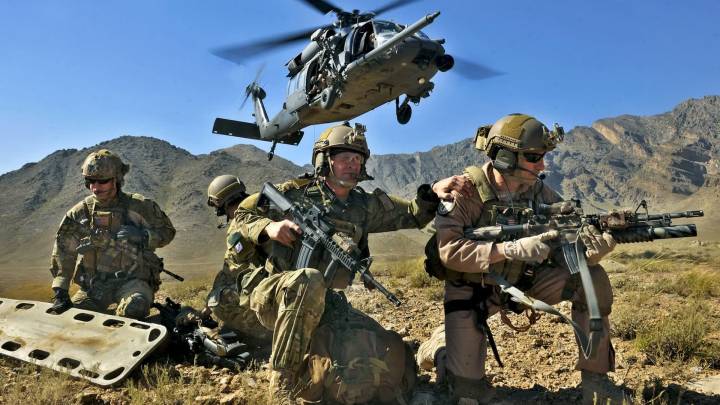 A new radio technology lets warfighters talk to each other by harnessing their bones to transmit and listen to messages.

The technology leverages the human body’s natural ability to transmit sound through bone. It takes the bone-transmitted messages and then delivers them directly to the inner ear through the warfighter’s helmet.

Warfighters can both listen to messages and send messages this way – and the tech is the mere weight and size of a small coin.

Made by BAE Systems, the prototype will be on show at the Defence and Security Equipment International show in London next week. The biennial four-day event is the world’s biggest defense and security trade show. More than 30,000 visitors from 121 countries walked the floors at DSEI in 2013.

Radios are an essential tool that forces use to communicate with each other and understand the environment where they are working. In the battlespace environment, radios need to be effective amid loud noises from explosions and gunfire – warfighters also need to defend their hearing against the noise volume by wearing sound protection.

With this cutting-edge bone conduction tech, warfighters still send and receive messages while wearing sound protection for their ears.

By looking at the bone conduction used in commercial hearing aids and headphones, BAE was able to reduce both the time and cost to develop its military radio technology.

The company’s military variant of bone conduction tech is lightweight and compact. BAE Systems says that the prototype’s transducer is about the size of a nickel.

The human body can transmit sound through its bones.  Sound waves also travel through the ear canal.

In bone conduction, sound skips the ear drum.  Instead, the tech converts sound waves into vibrations that are sent through the skull bones directly to the place deep inside the ear called the cochlea. At this site, the sound is translated into nerve impulses for the brain to understand.

Google Glass is a commercial example of bone conduction, transmitting information to the user through a transducer that sits next to the ear.