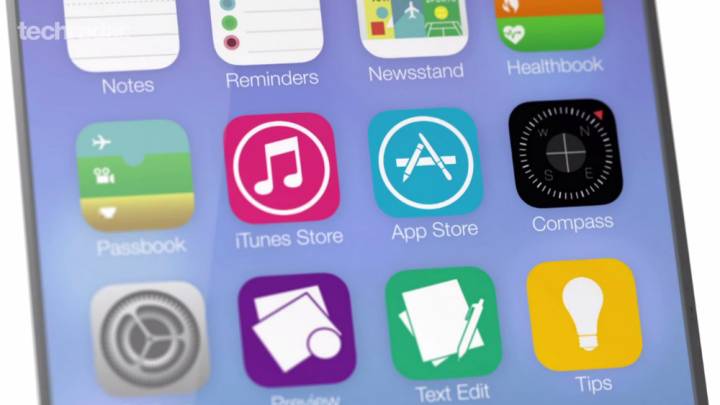 A new concept video from TechRadar shows what iOS 8 may look like based on various leaks and reports that have detailed purported iOS 8 features. The publication has also imagined a bigger iPhone model that packs a large edge-to-edge display that curiously lacks a Touch ID-enabled Home button.

Healthbook, one of the major iOS 8 applications, has a design similar to what’s available in the Passbook app. The app would sync with the iWatch to gather several health and fitness parameters to help you track your heart rate, blood sugar, hydration, blood pressure, respiratory rate, oxygen saturation, fitness activity, nutrition and sleep. Apple is rumored to include various sensors in its iWatch, although it’s yet to confirm what its first wearable device will actually be able to track all of these key health indicators.

Other apps shown on the screen that have been mentioned in previous reports include Preview, TextEdit and Tips. Siri’s rumored Shazam integration feature is also present.

iOS 8 notifications are also featured in the video, offering a different user interface than what’s currently available in iOS 7. Instead of the three tabs (Today, All and Missed), iOS 8 will have two, a recent report said. The video shows a notification app that ditches tab completely while offering quick access to messages, email, calendar and weather.

Finally, iOS 8 could also bring Wi-Fi-based CarPlay support, which is what a recent report also suggested. Furthermore, a DriveMode would lock the screen once the iOS 8 handset is connected to the car – a recently discovered Apple patent revealed that the company is looking at ways to lock out drivers from their iPhones while driving.

While this is just a concept based on unconfirmed reports, Apple will unveil iOS 8 and all its major features in early June, at WWDC 2014. TechRadar’s iOS 8 concept video follows below.