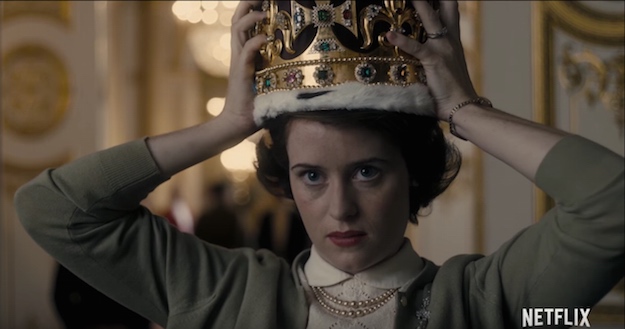 If you thought Netflix had a busy year in 2015, just wait until you see what the streaming company has in store for 2016. Over the next 12 months, Netflix plans to release at least 28 new originals that touch upon every genre imaginable, including kids shows, superhero thrillers, and even interesting reboots like Fuller House.

To generate a little bit of buzz for its slate of new programming, Netflix at CES earlier today rolled out brand new trailers for two of its upcoming shows, The Crown and The Get Down.

We’ll start with The Get Down, as that title seems a little bit more interesting. A musical drama created by Baz Luhrmann and Shawn Ryan (of The Shield fame), The Get Down takes place in New York City during the 70s and features an all-star cast which includes Giancarlo Esposito (aka Gus from Breaking Bad) and Jimmy Smits. A premiere date for the show hasn’t yet been released.

And next up we have The Crown, a period piece about the early reign of Queen Elizabeth II.

Netflix in 2015 released approximately 320 hours of original programming, and it stands to reason that it will eclipse that figure by a wide margin in 2016. We previously highlighted the full gamut of new Netflix programming set to air in 2016, a list which you can check out over here.