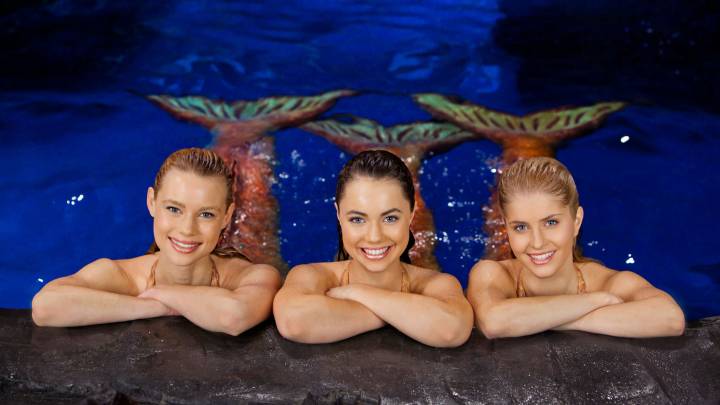 After Orange is the New Black surprisingly beat Arrested Development on first week audience count, Netflix is going even further out on a limb with its original programming. “Mako Mermaids” is a series about teen mermaids who change into human form and have adventures on land. It seems like a quirky concept that is likely to appeal to only a limited slice of the United States audience. But Netflix seems dedicated to sewing together a quilt out of wildly disparate patches of fabric. House of Cards was an insider look at the seamy underbelly of Washington politics. Arrested Development was a dense, complex Fox cult comedy that tapered off with fewer than 3 million viewers in its last season. Orange is the New Black was a downer dramedy about a seemingly normal woman who ends up in prison.

These are all concepts that NBC or CBS would likely have rejected as too narrow. The aging broadcast dinosaurs are churning out old-fashioned shows that are supposed to capture a broad spectrum of viewers: Police procedurals with an anguished or alienated hero, comedies anchored by big names from the ’90s combined with younger sidekicks, fantasy series that are meticulously dumbed down so that teenagers might watch them with their parents. Yet these efforts to appeal to both teens and parents have started misfiring regularly.

Netflix is going the opposite route, defiantly appealing to one narrow audience slice at a time. Mako Mermaids is clearly aimed only at teenage girls and possibly twentysomething women who guiltily cling to infantile TV fare. Switching from vampires and werewolves to mermaids could be a clever move in the overcrowded teen supernatural fare market. It is fascinating to see Netflix zigzag with its content strategy, picking up one demographic niche after another. Hopefully the adventurous spirit will soon spread to Amazon and Hulu since the first batch of Amazon comedies seem depressingly anodyne.