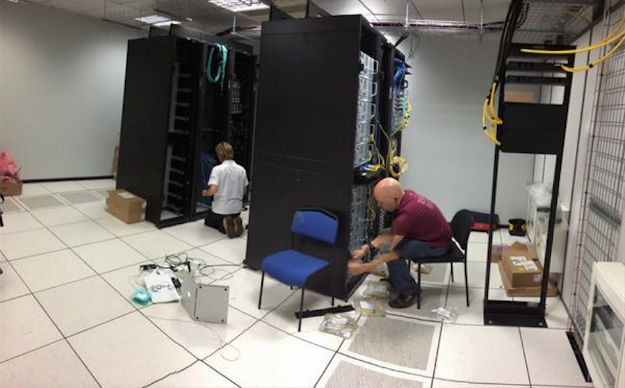 Netflix has learned a thing or two from its U.S. online movie streaming business, and the company will apparently bring an impressive infrastructure in the new European markets it plans to serve starting with this September. GigaOm reports the company is coming to France with 1Tbps of bandwidth, which apparently is more capacity than some of the country’s top ISPs have.

Netflix’s 1Tbps of bandwidth is “the equivalent to the capacity needed by a medium-sized ISP that serves about 5 million end subscribers,” the publication writes, or more than local carriers SFR and cable operator Numericable have.

The data comes from Netflix’s director of network architecture and strategy David Temkin who posted the image above on Twitter, saying that “Open Connect comes to Paris! With 1 Terabit of capacity ready for launch, @NetflixFra will be on @ixpfranceix soon.”

While Netflix is getting ready for a massive influx of customers, ISPs will play a significant role in how users will experience Netflix streaming in the region – something that’s already more than clear in the U.S. – no matter what the company does to make sure its service can handle high traffic.