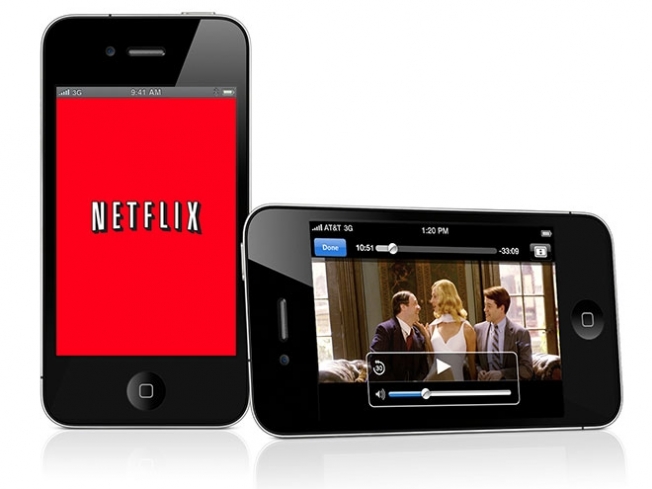 Score this as an enormous win for Netflix (NFLX). The content distribution company on Tuesday announced that it had signed a multiyear deal with Disney (DIS) to deliver major theatrical releases to users’ living rooms in the first pay TV window. In a joint press release, the companies said that starting with Disney’s “2016 theatrically released feature films, new Disney, Walt Animation Studios, Pixar Animation Studios, Marvel Studios and Disneynature titles will be made available for Netflix members to watch instantly in the pay TV window on multiple platforms, including television, tablets, computers and mobile phones.”

UPDATE: According to The Next Web, the deal gives Netflix “the ability to show those titles as soon as they’re available for anyone to watch in the first pay window, not just those with video on demand.” The companies’ full press release is posted below.

Beginning with its 2016 theatrically released feature films, new Disney,Walt Animation Studios, Pixar Animation Studios, Marvel Studiosand Disneynature titles will be made available for Netflix members to watch instantly in the pay TV window on multiple platforms, including television, tablets, computers and mobile phones. Also included in the agreement are high-profile direct-to-video new releases, which will be made available on Netflix starting in 2013.

Separately, and Netflix have reached agreement on a multi-year catalog deal that today brings to U.S. Netflix members such beloved movies such as “Dumbo,” “Pocahontas” and “Alice in Wonderland.”

“and Netflix have shared a long and mutually beneficial relationship and this deal will bring to our subscribers, in the first pay TV window, some of the highest-quality, most imaginative family films being made today,” said Ted Sarandos, Chief Content Officer at Netflix. “It’s a bold leap forward for Internet television and we are incredibly pleased and proud this iconic family brand is teaming with Netflix to make it happen.”

“With this cutting-edge agreement, we are thrilled to take our highly valued relationship with Netflix to the next level by adding Disney’s premier films to their programming line-up,” said Janice Marinelli, President, Disney-ABC Domestic Television. “Netflix continues to meet the demands of its subscribers in today’s rapidly evolving digital landscape, and we are delighted that they will have much earlier access to our top-quality and entertaining slate,” she continued.