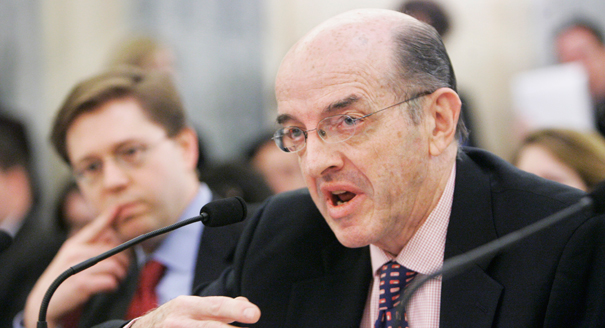 Now that the Federal Communications Commission’s legal framework for enforcing net neutrality regulations on American ISPs has fallen apart, one former FCC commissioner thinks it’s time for the nuclear option. As Ars Technica reports, one-time FCC commissioner Michael Copps thinks that the FCC should move to reclassify ISPs as common carriers, a move that would set off a massive public relations fight between the FCC and the cable and telecom industries.

Reclassifying companies such as AT&T, Verizon and Comcast as common carriers would make them more like public utilities and would make them subject to FCC regulations over issues such as rate setting and universal service obligations. It goes without saying that ISPs really, really, really don’t want to be reclassified as common carriers and would scream absolute bloody murder if the FCC were to even hint that it was thinking about enacting such a plan.

Nonetheless, Copps thinks that it’s the only way to stop American ISPs from playing favorites and essentially acting as gatekeepers for what Internet services become successful and which Internet services flop.

The chances of the FCC doing something along these lines are relatively remote, of course, although that could change in a hurry if ISPs let their newfound power to discriminate against traffic go to their heads and start driving up Netflix prices.