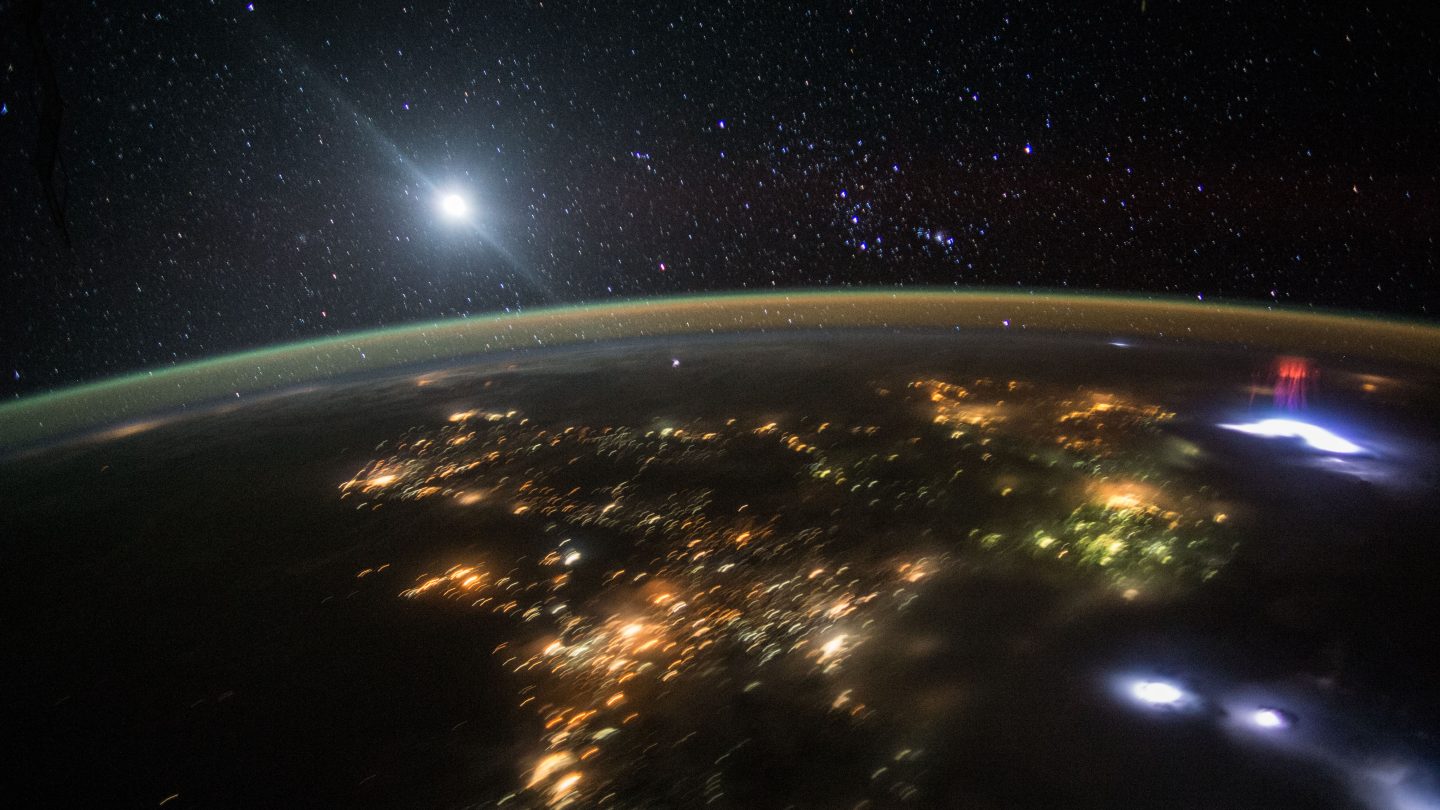 Scientists use the term “red sprite” to describe an incredibly short but powerful electrical burst that occurs directly above active thunderstorms. Astronomy blogger Jason Major has noticed that NASA’s International Space Station last week captured a rare photo of this phenomenon, which lasts between 3 and 10 miliseconds and has proven difficult to photograph in the past.

Here’s a blown-up image of the red sprite that shows it in more detail.

You can see the sprite right above the thunderstorm — it looks like several lightning bolts firing upward from the top of the cloud. Major notes that “sprites have been photographed from the ISS before (it’s a great place from which to observe these phenomena, which are often obscured by the storm clouds they occur above) but this is one of the best images I’ve seen yet.”

You can learn more about red sprites by reading Major’s article on them over at Discovery, although  it seems there’s still a lot we don’t know about these strange bursts of electricity.