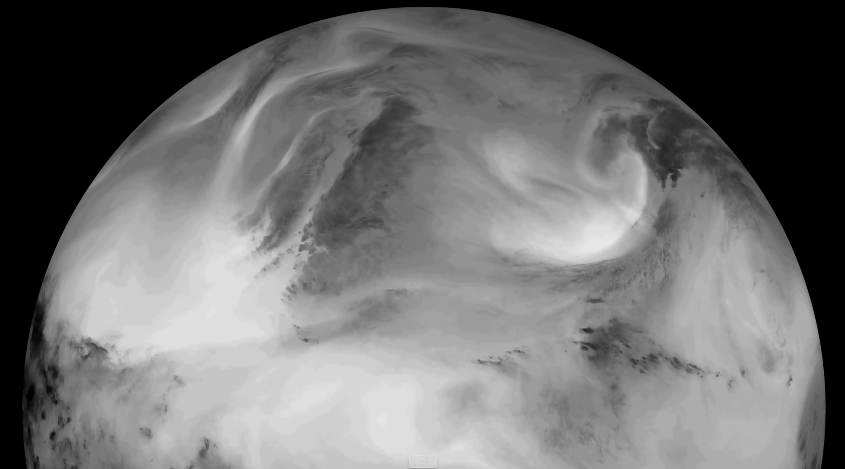 We can’t get enough awesome footage of Earth taken from space. Now James Tyrwhitt-Drake has given us yet another jewel in the form of NASA footage that’s been edited into a timelapse movie that shows the Earth in infrared light and really gives you a good view of how water vapor moves in its atmosphere.

FROM EARLIER: Watch a man on a motorcycle get hit by a car and land on his feet, all in first-person

“This animation was produced from images taken by the geostationary GOES 13 and GOES 15 satellites,” writes Tyrwhitt-Drake. “The images are from the IR3 channel, which is sensitive to wavelengths of 6.5 um. 700 frames with a resolution of 3600 x 3000 were downloaded from each satellite over a period from November 30th, 2014, to January 26th, 2015. The frames were processed to remove image artifacts, played at 7fps and interpolated by a factor of four. The resulting animation plays at a speed of 21 hours/second.”