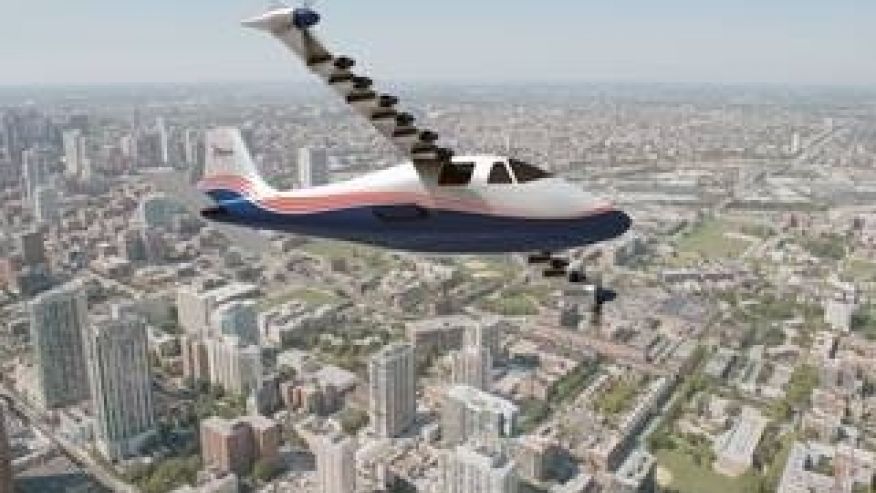 An electric plane project is in the works at NASA, and the new aircraft is called the X-57. It’s an initiative the space agency hopes will demonstrate that electric-powered aviation can be environmentally friendly, quiet, and quick.

Made out of a modified Italian-designed plane, the X-57 will have a skinny wing with a total of 14 battery-powered motors, and because it won’t run on gas, it won’t produce exhaust from burnt fossil fuels. NASA said that having multiple small engines means the X-57 will need less energy to cruise at a speed of 175 mph.

And while traditional fuel-burning airplanes need to cruise slower than their maximum speed to be the most fuel-efficient, the space agency says that that isn’t the case with an electric-powered plane.

The “X” designation in the plane’s name places it the tradition of experimental aircraft, with the first, the X-1, the name of the plane that broke the sound barrier in 1947 at the hands of Chuck Yeager.

“With the return of piloted X-planes to NASA’s research capabilities – which is a key part of our 10-year-long New Aviation Horizons initiative – the general aviation-sized X-57 will take the first step in opening a new era of aviation,” Charles Bolden, the NASA administrator, said in a statement.

The space agency may in fact make more than one aircraft in the program. “As many as five larger transport-scale X-planes also are planned as part of the initiative,” NASA says. The plane is also called Maxwell, named after James Clerk Maxwell, a vanguard in the study of electromagnetism.

The power of clean energy in aviation is in the spotlight lately, as the sun-powered aircraft Solar Impulse 2 took off from New York’s Kennedy airport at 2:30 a.m. EDT Monday, on a daring trip across the Atlantic Ocean— the latest leg of a record-breaking solar-powered journey around the world meant to showcase the power of renewable energy.