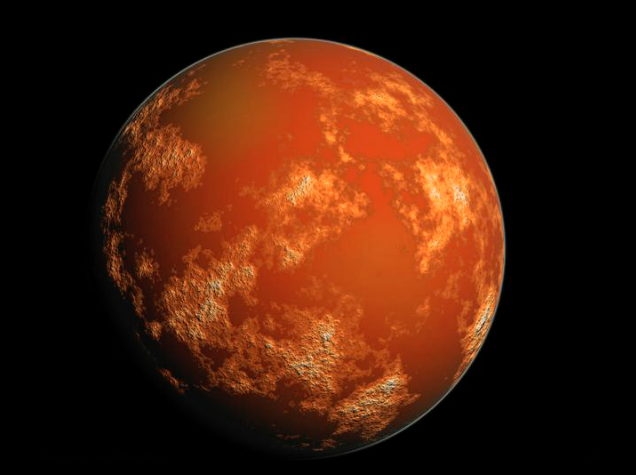 NASA on Tuesday unveiled some breakthrough new research that may definitively solve the mystery of why Mars is no longer a habitable planet. The answer, it seems, has to do with the solar wind, which NASA informs us is a “stream of particles, mainly protons and electrons, flowing from the sun’s atmosphere at a speed of about one million miles per hour.”

FROM EARLIER: Meet Strip, an alternative to bulky smartphone cases that won’t ruin the look of your iPhone

The agency’s Mars Atmosphere and Volatile Evolution mission has revealed that solar wind over the course of billions of years has gradually stripped Mars of its atmosphere. Losing its atmosphere has transformed Mars from a warmer, wetter planet into one that’s now a cold, arid desert.

“Mars appears to have had a thick atmosphere warm enough to support liquid water which is a key ingredient and medium for life as we currently know it,” said John Grunsfeld, astronaut and associate administrator for the NASA Science Mission Directorate in Washington. “Understanding what happened to the Mars atmosphere will inform our knowledge of the dynamics and evolution of any planetary atmosphere. Learning what can cause changes to a planet’s environment from one that could host microbes at the surface to one that doesn’t is important to know, and is a key question that is being addressed in NASA’s journey to Mars.”

Essentially, NASA believes that solar wind has slowly been peeling gasses away from Mars’s atmosphere until Mars experienced drastic changes in climate. The agency has put together the following video showing this process in action:

Scientists believe that Mars may have been capable of supporting life 3.5 billion years ago and they have found significant evidence of rivers and lakes on its surface that suggests the planet once contained an abundant amount of water.

You can read about NASA’s full findings about the Martian atmosphere here.