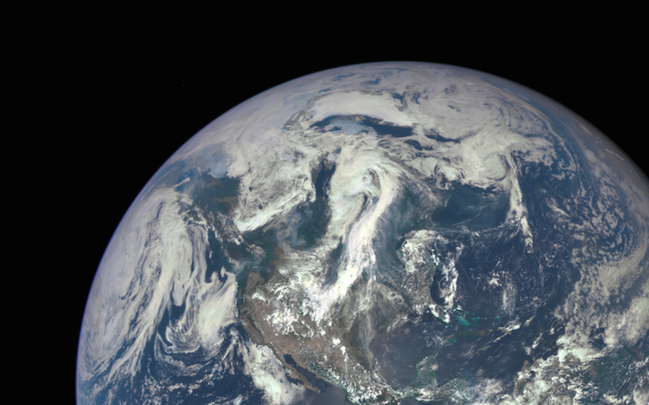 Over the past few weeks, Pluto has dominated the headlines. It took nearly a decade, but the New Horizons probe finally reached Pluto on July 14th, giving us our closest look yet at what used to be the ninth planet in our solar system. It has been incredible to see the dwarf planet in detail for the first time in history, but today we’re taking a break from Pluto and returning to Earth.

REVEALED: The speech Nixon would have given had Armstrong and Aldrin got stuck on the moon

On Monday, NASA released a gorgeous image of the Earth captured by a camera on the Deep Space Climate Observatory (DSCOVR) satellite. It’s certainly not the first mind-blowing image of our planet taken from space, but according to NASA, this is our “first view of the entire sunlit side of Earth from one million miles away.”

“The image was taken July 6, 2015, showing North and Central America. […] Once the instrument begins regular data acquisition, EPIC will provide a daily series of Earth images allowing for the first time study of daily variations over the entire globe. These images, available 12 to 36 hours after they are acquired, will be posted to a dedicated web page by September 2015.”

Not only have we never seen the Earth from this point of view, but NASA is going to start receiving images like this every single day. Step aside, Pluto — Earth is ready for its close-up.