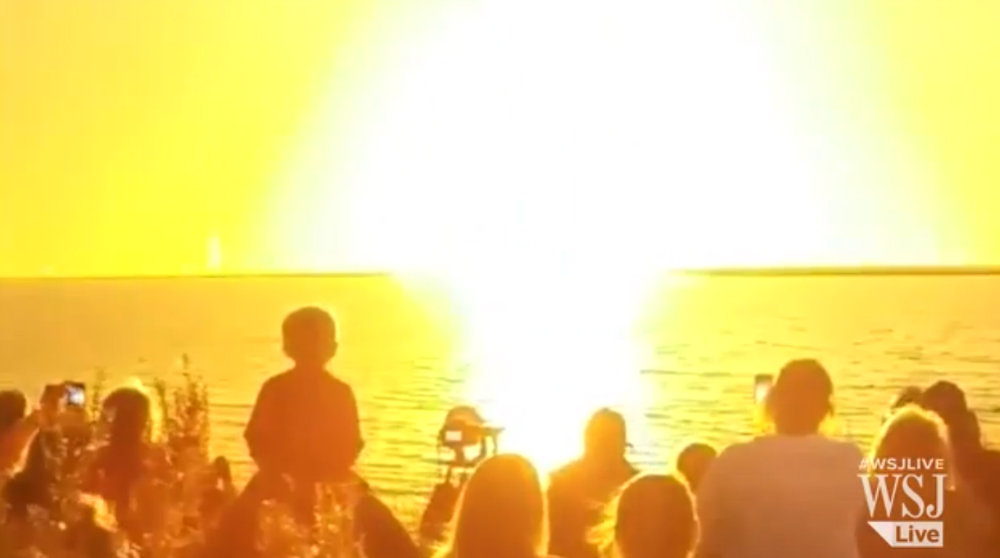 NASA on Tuesday night launched the unmanned Antares rocket, which was supposed to deliver 5,000 pounds of cargo to the International Space Station, but something went horribly wrong immediately after take-off and the rocket exploded. Instagram user michaelwaller77 was filming the launch and he captured the entire explosion in a video, which was then posted online by The Wall Street Journal.

Antares was supposed to deliver food, equipment and books on flight procedure (1,500 pounds in total), with one-third of the cargo composed of materials for science experiments.

While the accident is unfortunate, NASA said that it has five more launches to go as part of its eight supply missions for the ISS, under a contract with Orbital Sciences worth $1.9 billion.

“The crew of the International Space Station is in no danger of running out of food or other critical supplies,” NASA said.

It’s not clear at this time what caused the explosion, and an investigation is currently underway.

The video showing the stunningly scary explosion of the Antares mission follows below.