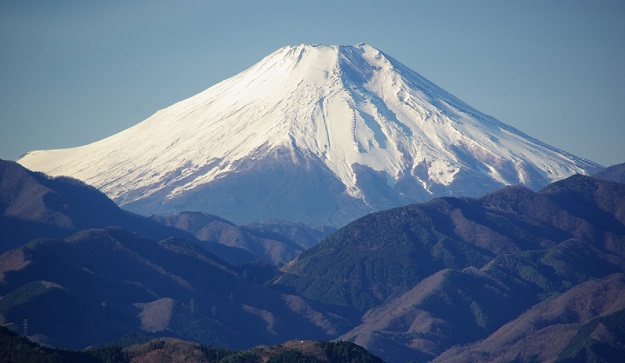 Japan recently installed Wi-Fi hotspots on Mt. Fuji because even adventurous mountain climbers, apparently, need Internet access. So if you’re one of the brave souls intent on climbing to the top of the most visited mountain in the world, you’ll now be able to email selfies of your achievement to friends with ease.

“Eight different locations on Mount Fuji will be equipped with Wi-Fi hotspots run by the telecom giant NTT Docomo, in partnership with the local prefecture governments, The Daily Dot reports. “In addition, cottages around the summit and resort facilities will provide hikers and adventurers with a way to stay connected as they climb. The initial trial phase will run through September this year.”

Of course, the underlying goal draping Mt. Fuji with Wi-Fi is two-fold. For starters, it’s an acquiescence to the always-on digital world we now find ourselves in. Second, officials add that it will provide a digital safety net to climbers who can now take advantage of a reliable signal in order to more accurately track weather and climbing conditions in real time.

Climbers who might be slower than average should note that the free Wi-Fi only lasts for about 72 hours after activation. Still, it’s quite fascinating that we’re fast approaching a world where Wi-Fi connectivity is everywhere, whether you’re flying 32,000 feet above the ocean or even if you’re hiking slowly up Mt. Fuji.