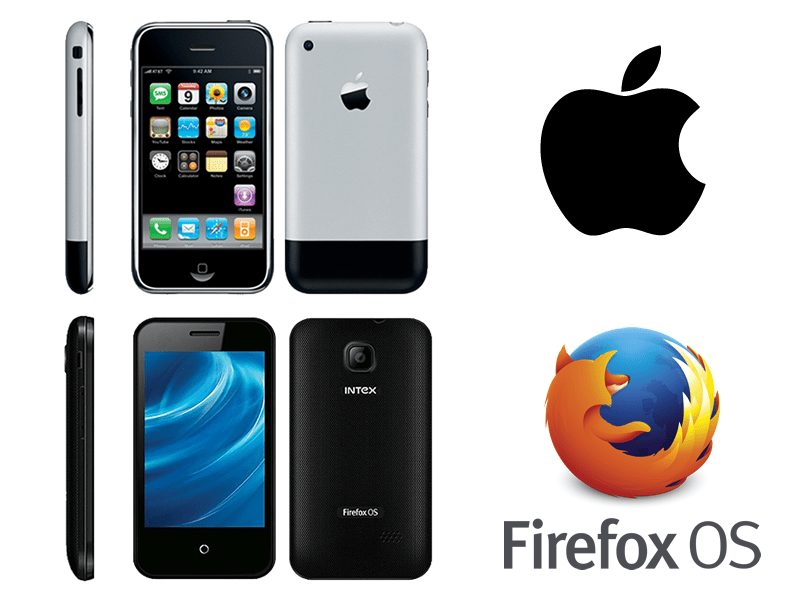 Earlier this week, Mozilla unveiled its first-ever low-end smartphone for customers in India: the Intex Cloud FX. At just $33, the Firefox OS device is one of the cheapest smartphones on the market, but how do its specifications stand up to other cheap phones in emerging markets? The Cloud FX is clearly not meant to compete with the Galaxy S5 or the iPhone 5s, but there is one Apple handset it might be able to go toe-to-toe with.

Shortly after the announcement of the Cloud FX, Phone Cruncher realized that the specs of the phone seemed vaguely familiar. That’s because they are nearly identical to the specs of the first-generation iPhone released in 2007. Everything from the RAM to the display size to the resolution has been lifted directly from Apple’s first smartphone offering.

You can see the striking similarities in the chart from Phone Cruncher below:

It’s a bit lighter than the iPhone, and it features a faster processor, but other than that the Cloud FX is basically an iPhone 1 internally. At a glance, you might not be able to tell the difference between the two externally either, as you can see from the header image.

One key difference between the two? Mozilla’s phone costs less than dinner for two.