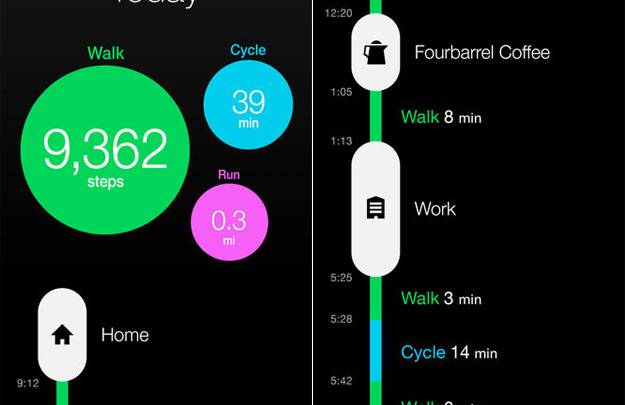 We have covered Moves a few times here on BGR. The sleek and smart iPhone app counts your steps each day using the iPhone 5s’s in-built M7 motion co-processor, and it collects and presents that data in a great-looking minimalistic interface. Not long ago, the company behind Moves was acquired by Facebook. On the plus side, Facebook instantly made the app free following the acquisition. But as many had feared, the company also changed the app’s privacy policy.

As recently as Friday, Moves’s privacy policy said the company did not “disclose an individual user’s data to third parties,” without a user’s consent, unless compelled by law enforcement. The policy said it would stay in place even if Moves were acquired.

On Monday, the policy permitted a wider range of data sharing. “We may share information, including personally identifying information, with our Affiliates (companies that are part of our corporate groups of companies, including but not limited to Facebook) to help provide, understand, and improve our Services,” the policy says.

So, as you probably expected the moment you first read that Moves had been acquired by Facebook, data collected by the app should no longer be considered private.