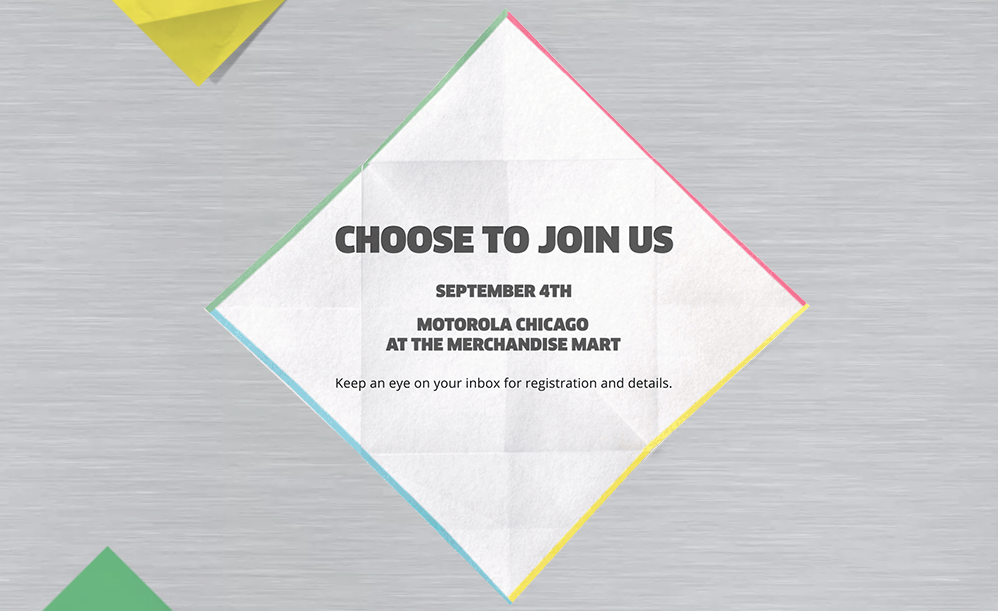 We got an invitation in our inboxes this morning for a major new Motorola media event that will take place on September 4th in Chicago. While Motorola didn’t specify exactly what new devices it would be launching, it strongly hinted in its invite that we can expect to see the sequel to last year’s flagship Moto X as well as the followup to the budget Moto G smartphone, which reportedly became a solid hit in emerging markets such as India earlier this year. We’ll also likely be getting an official look at Motorola’s gorgeous Moto 360 smartwatch for the first time, which has achieved the rare status of a smartwatch that people actually seem interested in buying.

Motorola is launching these new devices during a hugely competitive time in the mobile industry — Samsung is due to unveil its Galaxy Note 4 one day before Motorola’s big event and Apple is set to unveil the iPhone 6 less than a week later. This will also be the first major Motorola product launch ever since we learned of Google’s plans to sell Motorola to Lenovo earlier this year, so it will be interesting to see if Lenovo helps out its new acquisition with a big marketing push to help expand its mobile presence in the United States, where Motorola’s brand is still decently strong.