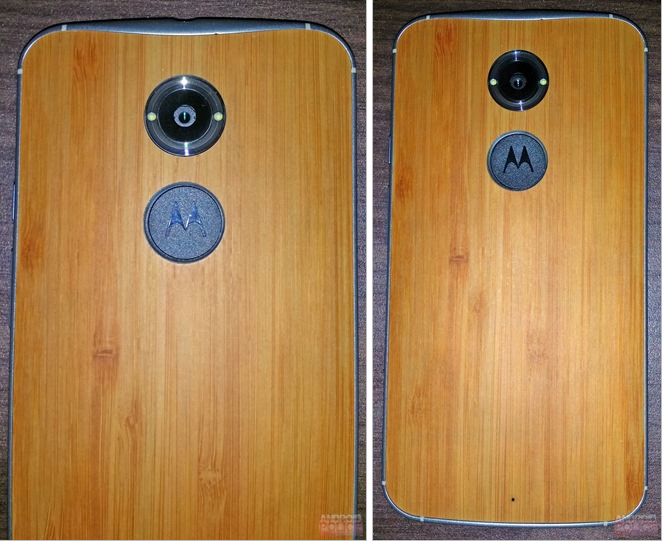 Motorola’s highly anticipated followup to the flagship Moto X smartphone may have just been exposed in a series of leaked photos. An unnamed source supplied Android Police with a series of photos on Friday that clearly show an unreleased Motorola smartphone. While the leaker didn’t identify the phone by name, it certainly appears to be the much rumored Moto X+1, which will reportedly serve as a sequel to the Moto X when it launches later this year.

The phone pictured in the leaked photos looks like a decent upgrade compared to the original Moto X. Beyond the gorgeous wood back, the phone looks thinner and appears to have a larger and more complex camera assembly with an integrated dual-LED flash.

The tipster also told the blog that the handset features a 5.1-inch display.

Earlier reports have suggested that the Moto X+1 will feature a quad-core Snapdragon 800 processor, a 1080p display, a 12-megapixel camera, 2GB of RAM, 32GB of storage and a 2,900 mAh battery.

Additional photos from the Moto X+1 leak follow below, and several more can be seen by following the link down in our source section.