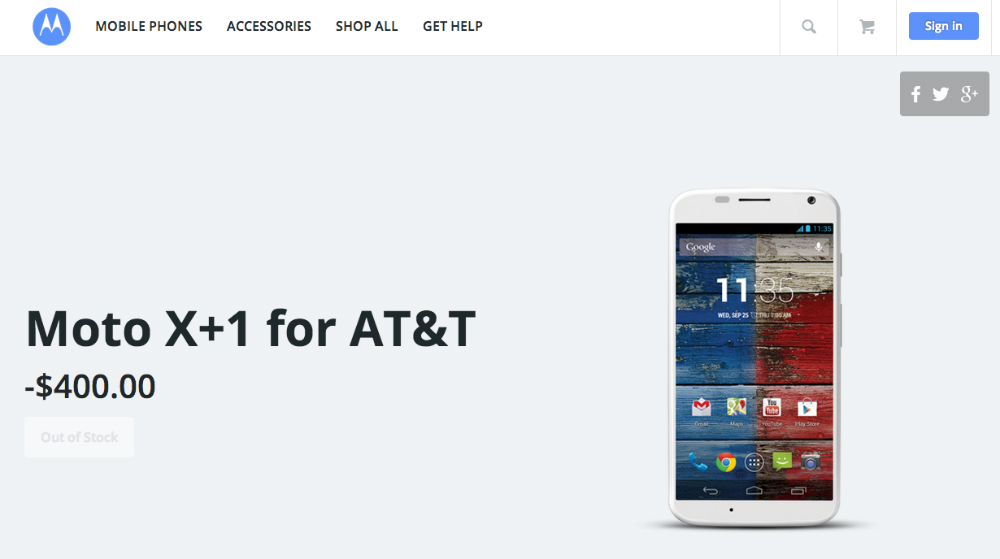 Motorola has already leaked the official name and price for its upcoming flagship handset – the Moto X+1 expected to retail for $400 without a contract – but the Lenovo-owned company has not made the handset official during its media event last week. Instead, the company only announced the very affordable Moto E and a new Moto G version that packs both LTE support and a microSD card. However, well-known leaker @evleaks has revealed more details about the handset.

“Motorola Moto X+1 goes by codename Victara, and – no surprise here – is slated for sale by all four national carriers,” he wrote on his website. Actual availability details for the handset are yet to be leaked. Last year, the Moto X was only unveiled in late summer, following an extensive rumor campaign.

The Moto X is sold by three of the four main U.S. carriers, including AT&T, Sprint and Verizon, with Motorola also selling T-Mobile-compatible units to interested buyers. Motorola’s website confirmed in previous weeks that AT&T (image above), Sprint and Verizon will stock the Moto X+1, but did not list T-Mobile as an option.