Hands on with the all new Moto G, the most incredible value in the world 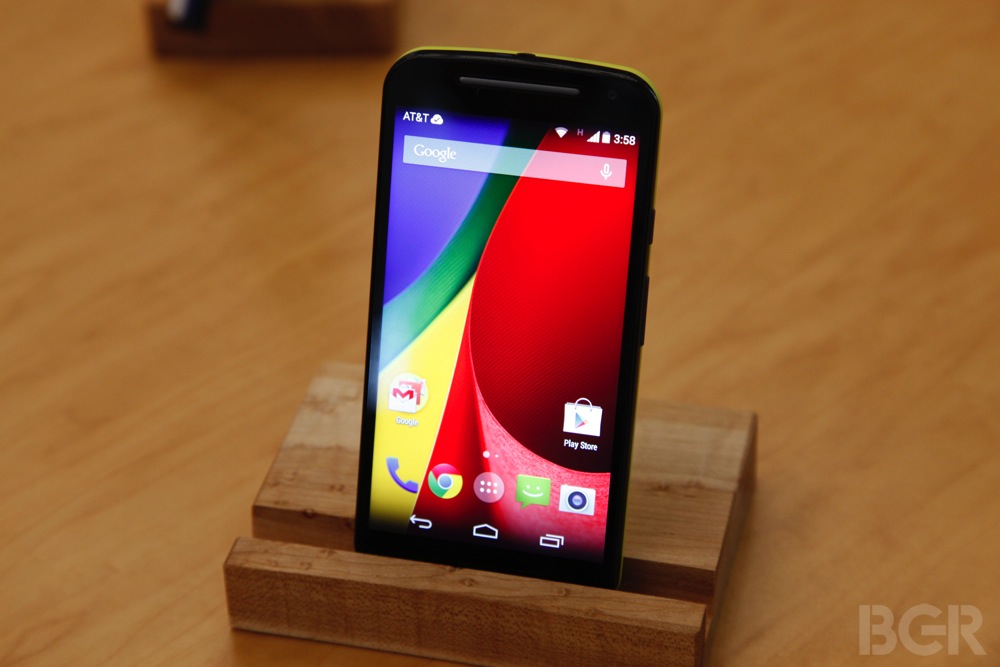 The all new Moto G is, in short, a game-changer. We now live in a world where you can buy a brand new smartphone with no service contract for $179 that is sleeker, sexier and more exciting than make handset on the market that cost $400, $500 or even more. With the new Moto G, Motorola has taken its best-selling smartphone of all time and made it better in every way, inside and out.

We’ll have a full review in the coming days but in the meantime, here are some thoughts on the newly announced Moto G from Motorola.

With the new Moto G, which shares the same exact name as its predecessor, here’s what we’re looking at on paper: a 5-inch 720p HD display, a quad-core 1.2GHz Snapdragon 400 processor, stereo speakers, an 8-megapixel camera, 8GB or 16GB of storage, microSD support up to 32GB, a 2,070 mAh battery and Android 4.4 KitKat, though the phone will be upgraded to Android L later this year following its release.

All of that is packed into a sleek case that looks and feels great. Moreover, the phone is customizable, with case backs available in a variety of colors.

Android KitKat is smoother than you think on this budget handset. It doesn’t fly around as quickly as a leading flagship phone like the Galaxy Note 4 or LG G3, but it’s more than smooth enough to get the job done with no issues.

The phone doesn’t support quite as many impressive features as the higher-end Moto X, but the new Moto G is equipped with support for Voice Actions and it also ships with a nifty Motorola Migrate app, which pulls in your personal data from an old phone including Android phones, iPhones and even feature phones.

Perhaps best of all is the fact that Motorola’s new Moto G goes on sale today. We’ll have plenty more to share on the Moto G in our full review, which will run in the coming days. If you’re already sold or you want to learn more, however, the phone is now live on motorola.com.