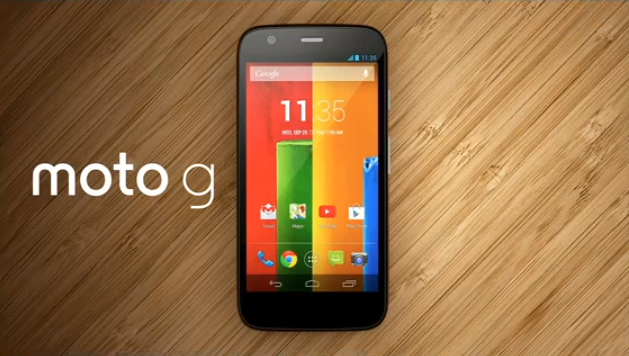 At this rate we expect that Motorola will start paying people to take the Moto G. 9to5Toys notices that carrier U.S. Cellular is now selling the Moto G for $80 off contract. The Moto G, which features a 4.5-inch display with a 720p resolution, a 1.2 GHz quad-core processor, 8GB of storage and a 5-megapixel camera, just seems to get cheaper and cheaper. We were surprised earlier this year when its price got cut to $99 off contract and Motorola and its carrier partners keep coming up with ways to make it cheaper still. Motorola’s highly aggressive pricing has also apparently made the Moto G a big hit in India, where Indian online retailer Fkipkart sold out of its stock of the device in under an hour.