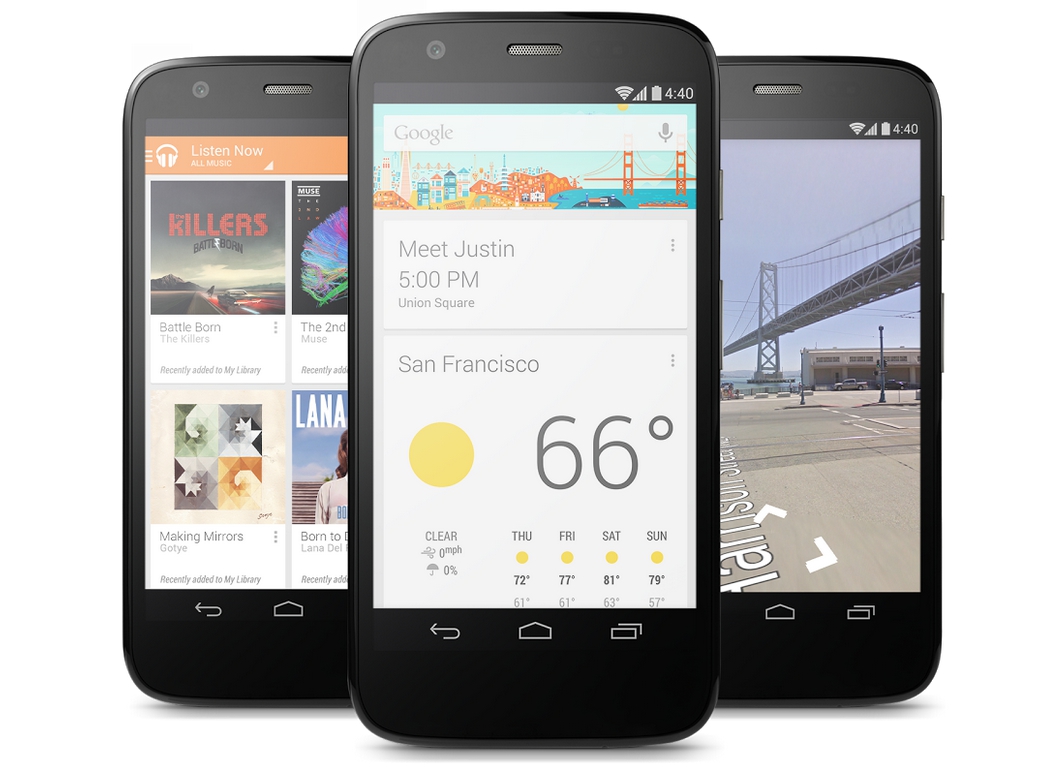 It might not be the most significant upgrade in the history of exclusive Google Play releases, but on Tuesday Google made the unlocked Moto G available on its store for the same price as every other retailer. The Moto G Google Play edition release features the same 4.5-inch display, the same quad-core processor and the same $179 price as other Moto G models. The only perceivable difference between the new phone and its predecessor is the Google Play edition’s ability to “quickly receive updates of the latest Android software.” If you were already planning to pick up Motorola’s affordable, unlocked Moto G but you hadn’t decided where to buy it from, Google just made the decision that much easier.