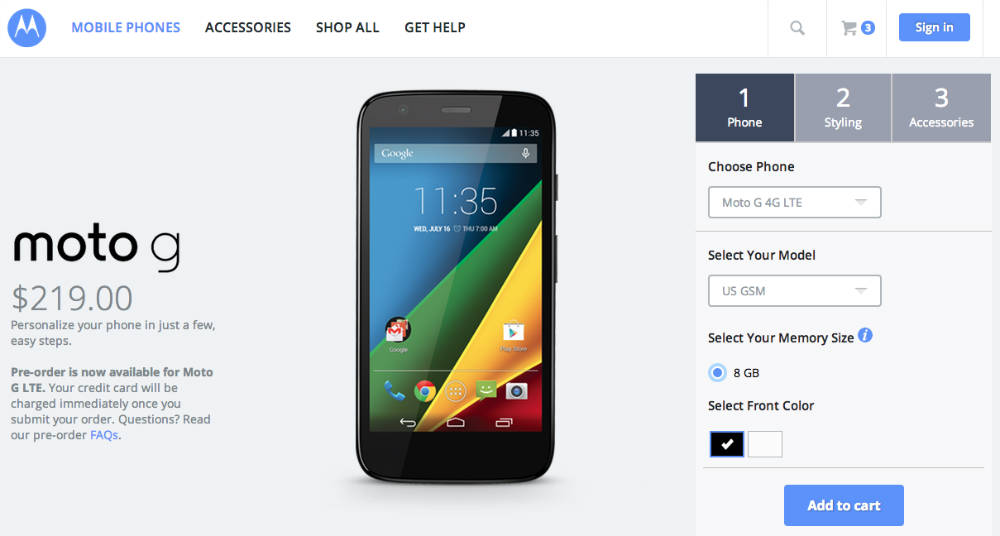 In addition to unveiling its most affordable Android smartphone yet, Motorola on Tuesday also announced a new Moto G model, the Moto G 4G LTE, which will offer users faster data speeds. The LTE version of the Moto G does not have any other new features, except for 4G and microSD support. As expected, the Moto G 4G LTE model is more expensive than the 3G-only version, and will cost $219 without a contract.

Unfortunately for users who want more built-in storage, the Moto G 4G LTE will only be available with 8GB of memory, although unlike the 3G model, the 4G model does have microSD support. Motorola will also continue to sell the 3G version of the Moto G for $179 (the 8GB version) or $199 (the 16GB model).

The company was rumored to unveil other Moto G versions at London, with a Moto G Cinema having been spotted online in the days preceding the event. However, the company did not launch any other Moto G models other than the 4G-enabled new version.

The Moto G 4G LTE can already be pre-ordered in the U.S., and it will likely hit other regions where the Moto G is already available.