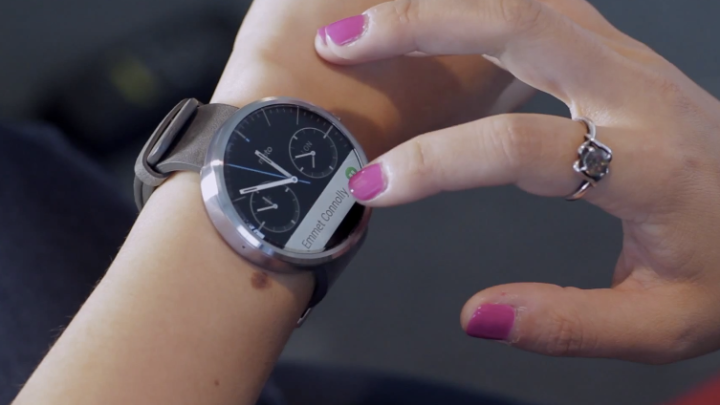 Most smartwatches that we’ve seen haven’t exactly blown us away so far, but the hardware design team at Motorola really deserves a lot of credit for the Moto 360, an Android Wear-based smartwatch that looks absolutely terrific. Motorola has now posted a new video that gives us a nice up-close look at the Moto 360 and walks us through some of its basic functions, including how to turn the device on, how to bring up and respond to notification cards and how to use voice commands to ask Google questions. We still don’t know exactly when the Moto 360 is coming out and Motorola is only saying that it will release “later this summer.” However, it’s definitely the most anticipated smartwatch release outside of Apple’s still-to-be-revealed iWatch that we expect to see this fall. The full video follows below.