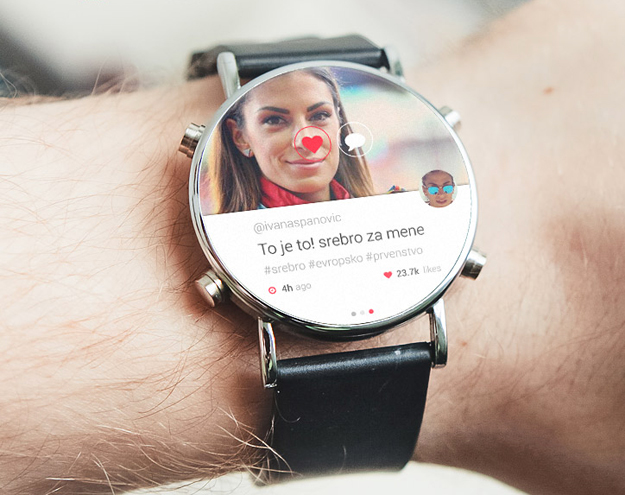 Motorola’s upcoming Moto 360 smartwatch is easily the most beautiful device this emerging category has ever seen. In a market cluttered by ugly square watches, Motorola chose a round design and premium materials in an effort to stand apart from the crowd. It worked — quite well, in fact. It actually worked so well that rival device makers Samsung and LG are already copying Motorola’s design.

Graphic designer Aleksandar Nikcevic recently mocked up his vision of what Instagram might look like on an Android Wear watch. It’s nothing short of gorgeous. Using the Moto 360 as his base, Nikcevic designed a round interface with fantastic graphics and smart navigation that creates a terrific user experience.

But a closer look reveals that no Android Wear app will ever look that sexy on the Moto 360.

Here are a few images of Nikcevic’s Instagram mockup on the Moto 360:

Now, here is an image of what an app will actually look like on the Moto 360:

Notice a huge difference? The blank space on the bottom that ensures nothing displayed on the Moto “360” will ever really be 360 degrees completely changes the look of apps on the watch. The device still looks better than anything else on the market right now — much better, in fact — but nothing on the smartwatch’s screen will ever look as sexy as it could have on a true circular display.