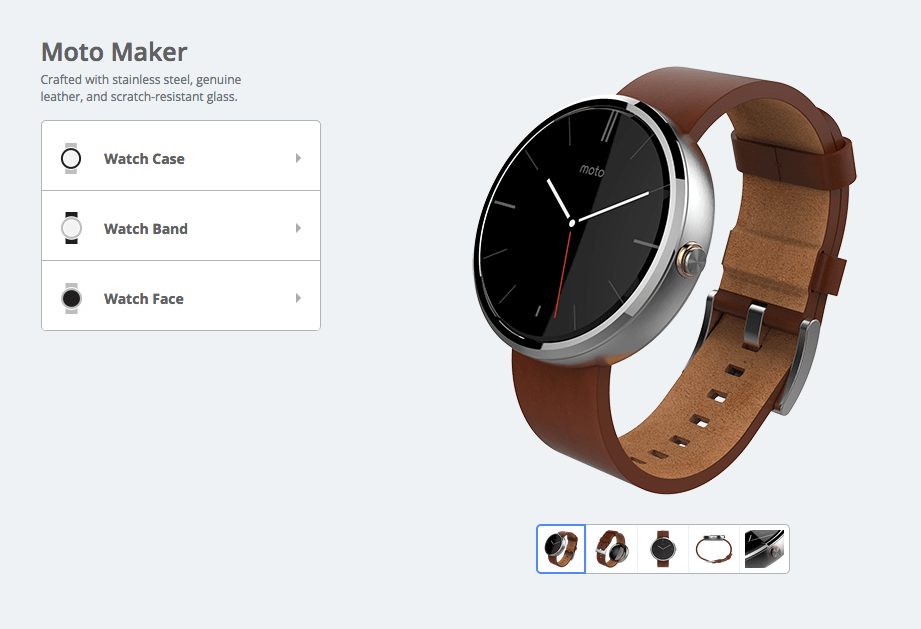 As expected, the Apple Watch has captured the attention of everyone interested in the growing wearable market. That’s not to say that everyone was impressed by it — we have plenty of our own issues with the device — but it will likely lead the conversation for the foreseeable future… unless, of course, other vendors start fighting back.

That’s exactly what Motorola is doing this week by bringing the Moto 360 smartwatch to its Moto Maker site. You can choose to customize the case, the band and even the watch face. Your custom watch will update accordingly as you flip between options.

The watch face option is a strange one, considering the fact that you can change it immediately when you take it out of the box, but it’s just one more way for Motorola customers to take ownership of their watch. After all, Motorola is going to need all the help it can get if it plans on competing with the Apple Watch this spring.

If you want to build your own Moto 360, head over to the Moto Maker site right now.